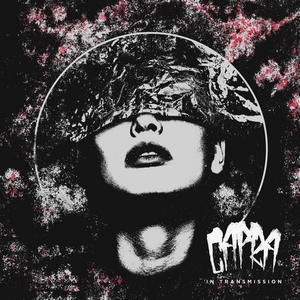 Caustic and abrasive. Those are the two best ways to describe Capra’s In Transmission. Forget all of the genres and labels; it really boils down to the emotion underneath it all with a release like this one. Capra delivers some scathing energy and ultimately, by the end, a bit of catharsis for the listener to absorb and reflect upon.

That said, Capra does create a swirl of different sounds and influences, some of which are more prevalent than the others. Most noticeable is the lean towards late ‘90s/early ‘00s hardcore. There’s a certain rawness and immediacy that this gifts the material, and while this is a clear influence and meant to be a bit of a callback, it doesn’t stop the band from adding a multitude of different, and more subtle, influences below the surface. From black metal to punk to metalcore, its in this way that Capra finds a more unique footing for themselves. Short, explosive songs are the norm, with some quick change-ups between riffs and tempos, making sure the listener is always along for the ride as they hit you with everything they’ve got. Some sludgy, southern grooves permeate a track like “Medusa” and then the band takes off into more frantic hardcore riffing at the drop of a hat, and the closer “Samuriah Carey” drops d-beat punk, post-black metal, and grimy metallic riffs into an urgent and appealing mix that leaves you ready for more. The piece holding it together is vocalist Crow Lotus, who manages to find just the right combination of seething anger and emotive resonance as she snarls behind the mic. All of this leading into a massive wrecking ball of fury that is sure to get your attention.

In Transmission is a release that really puts everything on the table, and leaves behind nothing. But it doesn’t exhaust the listener so much as call them to arms. A new act that should have no problems generating some buzz with their immediately gripping sound and nostalgic yet fresh appeal.