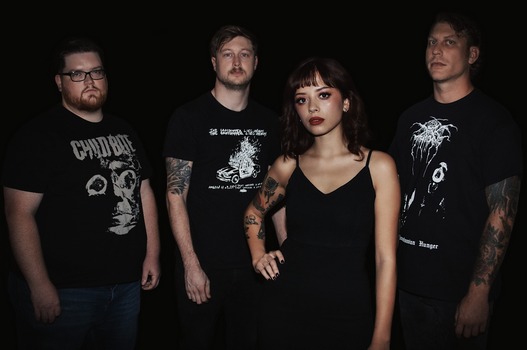 Controlled chaos is a phrase that accompanies a number of bands. New act Capra really captures that quality, with thundering riffs that dig into a multitude of genres for inspiration alongside vocals that can be just as immediate and intense. A punkish attitude, hardcore energy, and hulking metallic aggression – what’s not to love, right? So we did our due diligence and grabbed guitarist Tyler Harper for a quick chat about Capra’s beginnings and future, as well as all of the in-betweens.

Dead Rhetoric: How do you describe the sound of Capra?

Tyler Harper: It’s loud, it’s chaotic. I would say the actual description is metallic hardcore. But what we do is kinda blend metal, hardcore, and punk all together. We shoot for that late ‘90s/early ‘00s feel. We want the fans to watch us and hear us, and get a sense of nostalgia…all while keeping it fresh. Like a modern band that kind of reminds you of Poison the Well, old Every Time I Die, Converge, and stuff like that.

Dead Rhetoric: What can you say about In Transmission as your debut full-length?

Dead Rhetoric: Nice, having heard the album I think the ‘punch in the face’ piece definitely works.

Harper: Yeah, we try to throw every genre we listen to. Black metal, hardcore, punk, thrash – it’s an all over the place album and that kind of represents the chaotic feeling, while keeping it all together. Controlled chaos, if you will.

Dead Rhetoric: How do you feel the band has progressed since it was formed in 2016?

Harper: We definitely started off much different than what we are today. I was actually the original bass player for the band. Our drummer was playing guitar at the start. We had a drummer quit the night before the show. Jeremy [Randazzo] is really a drummer at heart, so he switched over to drums, and I went over to guitar, and we still played that same show. But we had more of an At the Drive In type feel in the early days. Through member switches, once we got Ben [Paramore] in 2017, it really brought up our fast-paced punk side. As soon as we added Crow [Lotus], we really became the force that we are right now.

Dead Rhetoric: You mentioned a few bands already, what are some of the biggest ‘90s/’00s hardcore and punk bands that were influential to Capra’s sound?

Harper: Probably Converge and Every Time I Die are the top two that really influenced me on guitar. But you have others like Comeback Kid and Poison the Well, and even down to Thursday. Thursday influenced both me and Jeremy in the writing.

Dead Rhetoric: What can you say about the video for “The Locust Preacher?”

Harper: It’s about sleep paralysis. Our vocalist Crow, she struggles with that every so often. We wanted to translate what that feeling is like, in a video, as best as we could possibly get it. I hope people understand what we were going for. As far as the live aspect, the performance – we just wanted to show our chaotic energy. We wanted it to be a close as we could get it to the live setting, when we are right in front of you we are going off. We are breaking ourselves, swinging our necks, and kicking people in the chest.

Dead Rhetoric: How did you end up getting signed by Blacklight Media?

Harper: We were working with a guy named Matt Bacon, a really good guy. He got our music over to Chris Santos, who runs Blacklight. He’s also a celebrity chef. Chris loved us and got in touch. I mean, he buys merch from us all the time, which is super supportive of a guy that basically owns our band. He pitched us to Brian Slagel at Metal Blade, and they loved us as well, so it kind of worked out for us to have two labels.

Dead Rhetoric: With the controlled chaos aspect, what’s the key to writing a riff that’s violent and abrasive?

Harper: It’s like channeling all of your inner emotions. Some days I write happier riffs and some days I write sad riffs, and other days its angry. It just takes time, and you feel it out. A lot of what I do is I will think of a riff when I’m driving. I’ll get my voice recorder out, and I’ll hum it into my phone and then come back to it later and transcribe it to guitar.

Dead Rhetoric: The name of the band comes from Dark Souls 3. What do you like about Souls-like games?

Harper: It actually comes from Dark Souls 1, and I’m only correcting you because I’m super obsessed with the series [laughs]. I play those games all the time, even to this day. It was when I first encountered the Capra demon, which is the third or fourth boss in the game – you are trapped in this tiny little room with him, and he comes at you with full force. After dying probably a thousand times to him, it just kind of clicked that this is where we are going with music. This is what our band holds. It’s like being in a tiny little room with a monster that you just can’t escape and he just keeps killing you over and over. He keeps punching you in the face. It goes along really well with our live show too..

Dead Rhetoric: What are your thoughts on the Louisiana metal scene?

Harper: It’s a rollercoaster over here. We have a lot of death metal, we have a lot of stoner doom, sludge metal – we don’t really have a hardcore scene. I think we are pretty much it. There’s two or three bands spread across Louisiana that play a style like we do. But where we come from in Lafayette, we have a good local music scene. Everyone is incredibly talented, and we all share the same members in bands – much like any other scene.

Dead Rhetoric: Do you have any achievements and goals for the future for Capra?

Harper: We just want to be relatable to people. We want them to know that we have every day struggles. We want to eventually do an all-ages tour. Where 15-16 year olds can come to a show, get into the pit, and scream lyrics into a microphone. We want to be accessible to everyone. We want everyone to be able to play music. When I was a kid, I had idols and I looked up to various artists. Going to shows when I was 12 really got me into saying, ‘I want to be on stage. I don’t want to just be a part of the crowd.’ So we’d like to do that for others, as well as we want to be the biggest band on the planet, of course.

Dead Rhetoric: So with COVID, I imagine it’s been tough to establish those sort of connections.

Harper: Absolutely. It’s tough not playing shows. That’s our release and our therapy. But we have been productive. Like every other band, we have become an online store to basically sell clothing. We sell merch and we have been writing. We are about halfway through our next album, just from being stuck and not being able to do anything else.

Dead Rhetoric: So do you have any plans for 2021 outside of the album release?

Harper: We are looking to tour, possibly in the fall. Our booking agent is starting to say that it’s more and more likely that with the vaccines rolling out, that the fall could be a touring opportunity. Other than that, we are going to stay focused on writing the next album. We might even drop an EP between this album and the next. 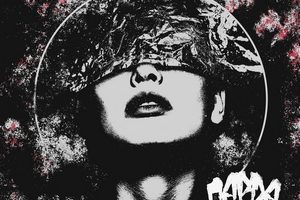