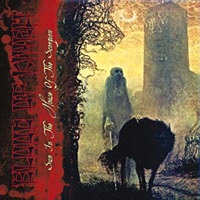 If you’re familiar with the band Drudkh, you should be in the know about Blood of Kingu. After all, three of the four current members of said Ukrainian black metal group are in this band, as well as a former member of the same band. Two of the members also were the last two members of Hate Forest. So, there is a good pedigree from the persons involved in this project. Boasting a cavalcade of thematic influence (including the usage of some instruments native to these cultures), including Sumerian, Egyptian, Tibetan and Indo-Aryan mythology, the band has a lot of influence of which to draw from.

Following up a solid and well-contrived effort in De Occulta Philosophia, this sophomore release had a degree of expectation following it. For the most part, the listener is treated with a rather straightforward dose of raw black metal, doused with heavy influence of the cultures mentioned previous. “Those That Wander Amidst the Stars” is the first song (sans the intro track), and it packs quite the wallop. Brutal and in-your-face is the best way to describe this song, as the listener is instantly smashed with a wall of grinding guitars and thumping drum sounds, all brought together by the sinister growl of one Roman Saenko. His vocals are always a highlight of his works, and this release is no exception. Saenko boasts some of the heaviest and grittiest pipes around. “Incantation of He Who Sleeps” is an intriguing track, clocking in at over ten minutes in length, which is more than a quarter of the entire album’s running time. This is a song that – other than a few tempo changes – doesn’t induce a whole lot of variety. For a song that long, you’d expect a bit more fluctuation, so to speak. It isn’t bad, but a little more flow and creative design were in order for a song of that magnitude. “Guardians of Gateways to Outer Void” is one of the better tracks, and for this writer, is the most forceful of the album. The vocals especially back up that statement, as they try to tear you into pieces with utter rage.

The production is quite raw and unrefined, as you’d expect from a band such as this. Fortunately, it works well and feels natural, unlike some black metal bands that seem to go with rough production for the hell of it. It would be to the album’s detriment if the sound had been any cleaner. Combined with the forthright sound and lyrical themes of the music, the production is what was definitely required. A personal gripe was that sometimes the vocals tend to get a buried deeply at times, which gets somewhat overdone after a while. The song writing was solid for the most part, but the amount of original content on the album is a bit lagging. Taking out “Gate of Nanna,” which is a Beherit cover, we’re treated to barely over 30 minutes of new music, a good chunk of which is a single song. It leaves the listener wanting a tad, which could be good or bad, depending on perspective. Yours truly was hoping for a little more.

If you want the best of music of this theme, Melechesh are still by far the kings, albeit the sound being a bit different. However, Sun in the House of the Scorpion does a respectable job of combining ancient and mythological themes into a concise black metal package. There are a few shortcomings, but overall, this is an enjoyable album that does a lot of things well. Hopefully Blood of Kingu improve on the lower points of this album and come out even stronger when a new album is put together. Namely, writing that’s more concise and additional content that would make it feel like more of an album than a long EP, like this release does. A worthy pickup if this niche of black metal tickles your fancy. 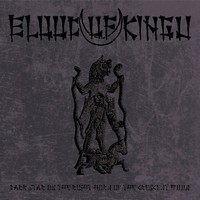