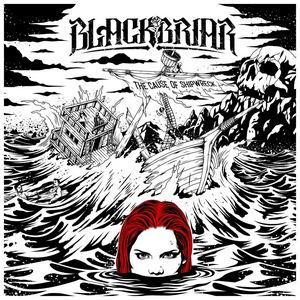 Releasing three EPs over the last three years, Blackbriar has justly become a more prominent force within the symphonic metal realm due to their masterful use of fairytale-esque cinematic soundscapes and equally striking videos to accompany them. Few bands can completely whisk you away to a dreamy, gothic-drenched world full of both whimsy and darkness, but Blackbriar continues to raise the stakes and the band’s first full-length, The Cause of Shipwreck, is bound to ensnare many a passerby looking for some dark, musical witchcraft.

The band’s latest step up is evident as opener “Confess” begins with some of the strongest orchestral arrangements from the band to date. More so than any of their previous material, there’s a greater sense of cinematic heights that Shipwreck aspires to. “Confess” escalates to thoroughly riveting and bombastic moments, yet settles down into those gentle, lullabye-ish elements that the band has incorporated into their sound well from the onset. The way the music gradually leans into these sweeping, grandiose elements is bound to elicit a few goosebumps by the time the third minute rolls around. That’s just track one. “Weakness and Lust” carries the momentum over, but moves into that more playful yet foreboding combination that the band’s best tracks (such as “I’d Rather Burn”) showcase. There’s a gothic beauty in the way the band, and most notably vocalist Zora Cock seems to seductively slither along and tease the listener until the right moment, striking them alongside a dose of heavy riffs and elegant darkness. There’s probably no better example of this than the beautiful “Selkie,” which provides a potent piece of storytelling with some upbeat riffs and melodies that end up revealing a more tragic and bleak tale by the end.

One of the most effective things Blackbriar has done in advancing their sound is avoiding the pitfalls that many bands of this ilk fall into. They have very clear elements of storytelling, and craft the songs in service to them. Despite the growing symphonic elements, there’s never a feeling of overindulgence on their part. Quite possibly the band’s finest moment on the album is that of closer “Lilith Be Gone.” A track that seems to personify what the band is capable of. A song that entices you in the beginning with a focus on a gentle melody and Cock’s passionate vocals, it escalates the gravity (and orchestral elements) as it goes on into empowering lyrics and dramatic flair, ultimately culminating with hypnotic riffs atop a soaring chorus. All accomplished without stretching the song to excessive length or trying to do too much at once. While they have a unique sound distinctly theirs, it also doesn’t stop them from toying with the dynamics, with cuts like the groovy and notably heavy “Deadly Diminuendo” or the more beautifully poignant and breathtaking “My Down-to-Earth Lover.”

The Cause of Shipwreck is a crowning moment for Blackbriar. As their first full-length, it personifies everything that the band has stood for to date and augments their strengths. They have found an inventive sound that is uniquely theirs and seem to know exactly how to move forward without losing what made them special in the first place. An enchanting and bewitching experience that can deliver all of the heaviness expected, yet also radiates a certain type of alluring magic that is best heard by the listeners’ ears directly. 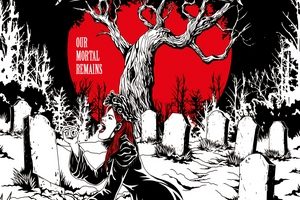 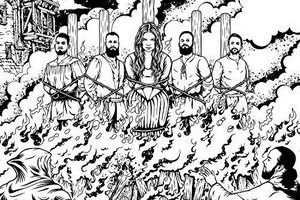