Clearly, the weight of expectations have not crippled Seattle’s Black Breath, whose 2012 album Sentenced to Life was a face-ripper to end all face-rippers. As one of the better practitioners of Stockholm-on-American d-beat death metal, the band’s utterly heavy and gnarly sound (really, hard to find a better word) instantly made them hot-to-trot in grimy underground circles. Perhaps wisely making full use of the touring cycle for Sentenced to Life and actually taking their time when creating a follow-up, the result, as expected, is another album with fist-to-the-face down-churns by way of Slaves Beyond Death.

Big ups to master producer/engineer Kurt Ballou (Converge), who has managed to perfectly captured the vaunted chainsaw guitar tone. Created by using a Boss HM-2 pedal with all of the knobs turned to the right (any metal guitar player can come up with 30 riffs in one sitting, believe you me), the guitar sound on Slaves Beyond Death is basically next level stuff when it comes to said tone. For chrissakes, just reference the introduction riff on “A Place of Insanity Cruelty,” so heavy and gnashing that it could shake ‘yer walls, or something to that effect.

However, the album is not all about Stockholm guitar tones and thrash-bashing. Album closer (and instrumental) “Chains of the Afterlife” represents a noticeable plunge into melodic territory. A thought that was probably too far out of reach of the band on previous efforts, the dueling guitar harmonies and restraint demonstrated on “Chains of the Afterlife” represents, in a way, what Metallica were doing with their fantastic early instrumentals. (Obviously, Black Breath and Metallica aren’t quite in the same region, but you get the idea.)

The good/bad thing to Black Breath is that their sound sometimes overtakes their actual songs. Yet, Slaves Beyond Death should change that perception, particular with the aforementioned instrumental, as well as other throat-rippers ala “Seed of Cain” and “Burning Hate.” And, place ‘em up next to the closet competition in Nails, and it’s obvious who the winner would be. (Black Breath, of course.) 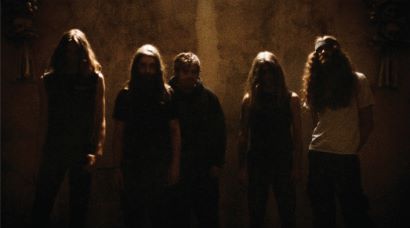 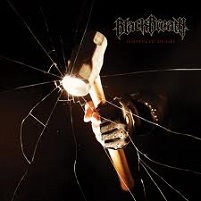 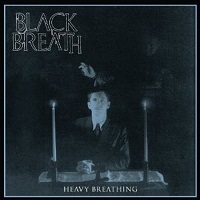