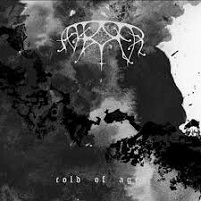 The cult of Weakling is alive and well here in 2012, the at one time largely forgotten black metal band long dissolved having set alight in the inspirational fires of dozens of bands in the wake of its destruction. Among those adherents is certainly Ash Borer and this, their sophomore release. Not all that dissimilar from the Manetheren release I covered recently, engaging this behemoth a trip into the abyssal plane that lingers within us all. Across Cold of Ages’ four track and hour-long running time you’ll find it pulled out of you for all the world to see, the ever frigid void open to all.

Tranced-out and long running, the 17 minute breadth of opener “Descended Lamentations” says all that needs to be said about the album, quiet and downright grimy atmospheric passages opening up into massive and pulsating blastbeat driven sprints, as if ghosts one can never hope to escape. The quieter times and their atmospheric inclinations bring to mind Altar of Plagues (though anyone has yet to eclipse White Tomb) and this works to the band’s benefit. Herein the hypnotic blastbeats capable of going for days, the band cascading along on top.

Each of the remaining three ‘songs’ are exercises in the same kinds of virtues and vices, the album made up of a unifying theme – a similar skeleton held together with accompanying sinew tying all of the disparate elements together. Wastelands and havens for existential crises unite beneath the banner of Cold of Ages, its expansive expressions easy to get lost in when you have no desire to be found. For the uninitiated it can be daunting or even monotonous, requiring a keen and patient ear to discern its details. Likewise for those who hate this style or remiss that black metal didn’t stop evolving in 1994, there isn’t much for you here. The house that Weakling built is solid as ever, Ash Borer contributing their fair share to the ever-burgeoning black metal renaissance. 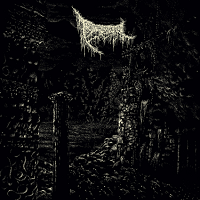