The joyous world of old-school progressive rock is alive and well in 2012. Already represented well by the likes of Astra and their amazing The Black Chord and similarly with Ancestors’ In Dreams And Time, Diagonal comes to us with their five-track offering The Second Mechanism. Stuffed to the gills with angular riffing, jazz-spastic drumming, and all kinds of frenzied key-work, this is a tightly packed and old-school feeling album, just without all of the old-school baggage.

Admittedly going in, I had no idea what to expect, after all there’s nothing even remotely ‘metal’ here, but it didn’t take long for opener “Voyage/Paralysis” to make itself very clear, a driving introduction giving way to an outright ridiculous combination of laser-like keys and frantic drumming (the split title is very effective at illustrating the effect the song will have on you when the mood changes). Chops are here in abundance and when not lazily flowing from pretty point to pretty point in each song they’re being pushed to the limit, showcasing individual members without long excursions into long and needless solos, the long and flowing jam section of “These Yellow Sands” illustrating beautifully. Vocals make their only visit on the 10 and a half minute “Hulks,” featuring only in a few section before stepping out of the way and allowing the instruments to ebb and flow anew.

In true progressive fashion, in lieu of vocals coming from a singer there is instead a bevy of voices provided by the instruments and their players. Saxophone makes regularly appearances on most tracks (as do a variety of other instruments), jumping in and out of key/drums combinations. Textured to no end but never going so far as to be overbearing, The Second Mechanism is a surprisingly restrained album, considering its jazz influences, which run just as strongly as older prog-rock, especially in the beast-mode show put on by the drummer.

It isn’t always thrilling, but with an album like this it’s always about the whole, occasional meanderings making the ascent into melodious fury all the more alarming and attention grabbing when they occur. An end of year surprise! 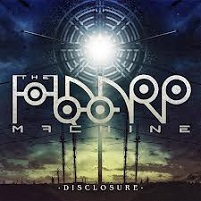