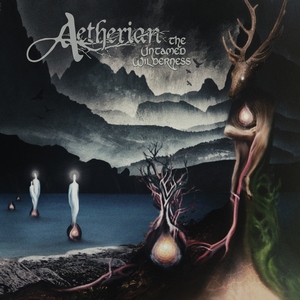 Gotta love the seeming next wave of melodic death metal. There’s an increasing slew of bands that are carrying the torch for the purist of melodic death metal forms. The type that don’t rely on modern trapping for their melodic side, instead focusing on masterful guitar riffing above all. Having watched Aetherian progress from their first EP in 2015, The Untamed Wilderness gives you everything you’d expect from a growing act in this field.

Due to their reliance on soaring guitar melodies and atmosphere, many will be quick to point the Insomnium and Omnium Gatherum finger at the band. They aren’t necessarily wrong in doing so, but the band is much more than a mere clone. Wisely integrating some heavier moments along with more beautiful sounding atmosphere (check out “Wish of Autumn Twilight”), Aetherian bring a well-rounded approach that maintains a snappy and aggressive edge without being overtly so, yet captivates with its melodic side. Not sure if ‘happy’ is the right word for these melodies, but some sorrow-filled riffs and melancholic feelings often fill the sonic landscape. It’s a huge angle for the band to explore, and adds plenty of emotive weight to each track. The galloping and intense material meshes with this nicely (“Dark Earth”) and keeps the listener on their toes. It’s also the reason that the band can effectively pull off lengthier tracks consistently, in the 5-7 minute range, without exhausting the listener. There’s never a moment that drags too long, nor one that feels shortened or cheapened. Purposeful transitions keep the melodic and more energetic sides balanced and flowing.

The Untamed Wilderness is about as strong as one could hope for in the melodic death metal realm. The melodies shine from beginning to end (not to mention frequently stick in your head) without playing into any modern tropes, and the occasional frantic energy is sure to get your head banging. Aetherian is ready for their shot at melodic death metal glory.