Holy shit, this is a monster. While admittedly a bit taken aback when this album found its way to me, being a year old rerelease and all, Novit Enim Dominus Qui Sunt Eius has destroyed me completely. Similar in theme and feel to the likes of Canada’s Mitochondrion and Australia’s Altars, Abyssal is a dying star collapsing in the heart of a dead god kind of heavy while seething from every pore with the kind of filthy atmosphere many have tried for but so few ever reach. Hailing from some (fittingly named) abyss that lies between death, black, and doom forms, the end result, when married with atmosphere of the above mentioned bands, makes for a thrilling experience.

One need pursue no further than post-intro track “The Tongue of the Demagogue” to feel the full effect of all its sources layering the listener in a dense and oppressive fog of sound.  That’s not to say the sound is foggy, for everything here is nice and cavernous, pristinely thunderous even. The vocals are lower in the mix, they’re funeral doom deep and they serve, if nothing else, to remind the listener that within the confines of a release like this, there is no happy. The shorter tracks tend to be more focused on speed, such as the first half of midpoint workout “The Headless Serpent,” its forceful blasting a welcome change of pace before blowing out into the familiar abyssal (hah) sands of the preceding tracks.

Amidst the chaos lies the often times strange and unexpected beauty, such as on follow-up track “A Sheath of Deceit,” a shimmering bit of guitar that exists throughout in the background, as though a continual reminder of a distant brightness that lies ever out of reach. Through its hour run time, Novit Enim Dominus Qui Sunt Eius can be a truly exhausting release, though this isn’t a bad thing. Quite the opposite, for there’s reward in punishment and the pestilent shadows that linger behind every façade in the world of Abyssal (…and those punishments are plentiful). Most of the tracks run long, several over eight minutes, each with its own jangled and often crushing paths to absolution.

The best experiences are rarely easy, and this is one of those moments defined to a T. It’s become newly available on vinyl, likely with an indulgent accoutrement of packaging and essence. If you managed to have Novit Enim Dominus Qui Sunt Eius slip by (and let’s be honest, you probably did) the first time around, it’s now time to rectify that. 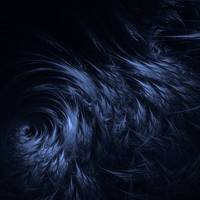 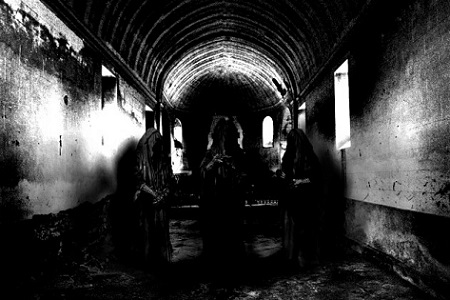