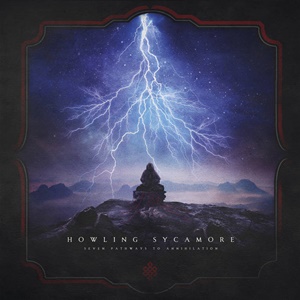 Falling well into the realm of a thinking-person’s metal band, Howling Sycamore aren’t the type of band that are going to go the traditional route. From the varied works of the trio of musicians that make up the act, to the songs themselves, you can hear the unique twisting and turning of different influences into something fresh and invigorating. It’s not going to be all digested in one listen either – Seven Pathways to Annihilation is a record to be dissected and thoroughly engaged with to get the maximum exposure out of it. Something that progressive fans will easily be drawn to, but also the mark of an excellent record. An album you need to really listen to yourself in order to fully describe and enjoy.