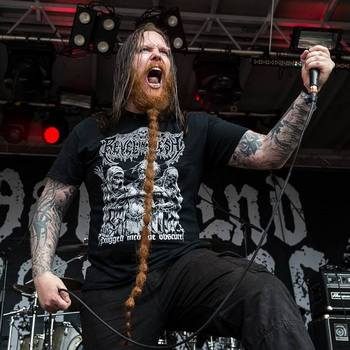 Looking for the perfect song to get you out of bed and ready to start the day with an energetic charge? Well, we at DR have the pleasure of tossing this premiere of Henry Kane’s “Lögnens svarta ögon” your way. The track coming from the forthcoming album Den Förstörda Människans Rike, which is due out on February 20th via Transcending Obscurity Records. Check out the track below, as well as click on the Bandcamp widget to hear a few more short bursts of sonic terror if you can’t wait until the 20th.

Weighing in at only 1:37, “Lögnens svarta ögon” is a short but blistering maelstrom of crusty Swedish death metal. The crust factor oozes as the track blasts full speed with blastbeats and barked vocals in a spiral that death metal fans of the style will find most pleasing. The death metal charge continues for the first minute, until a slow groove revels in filth closes out the song. It’s frenetic yet catchy in a way that pleases old school fanatics while having the pulse-pounding adrenaline of newer acts. With the blistering pace of the songs, it should be a winner for both death and grind enthusiasts.

Says the label: “From Jonny Pettersson of Wombbath comes Henry Kane, a ferocious slab of crusty Swedish death metal like no other. Rarely before has death metal been so vigorously channelled via the template of crustcore, leaving it infected with rabid fervour few can muster up the courage to withstand. This not only blends genres but lends to it an atmospheric quality fostered by an emotional undercurrent. Amidst slabs of cascading concrete, you have faint but poignant melodies making an appearance, changing the landscape of this expression. Nostalgic yet amplified to modern day aggression, Henry Kane is the future of Swedish death metal and crust, a marriage made in a perfect post-apocalyptic world.” 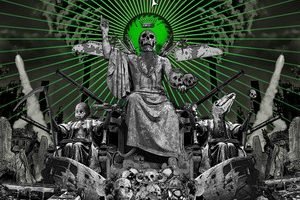