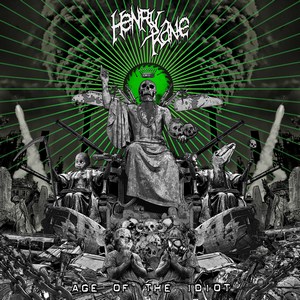 When it comes to deathgrind, you don’t come into it seeking something artistic and fancy. It just needs to rip, tear, and blast away to satiate that primal urge for aggression. That’s exactly what Henry Kane does on their second full-length release.

The sole creation of Jonny Pettersson, notably of Wombbath but also a part of a slew of extreme acts, Henry Kane is all about creating raging tones and spewing vitriol. There’s 19 tracks within the 34 minute runtime, and you are going to get exactly what you are seeking. It’s crusty, with that signature Swedish tone running through it, and the punk flair gives it some extra edge. It takes literally zero time for the fury to start flying and the tracks simply blister and grind their way to destruction. It’s an enjoyable rush, and thankfully there’s “Entrenched in Nihilism” to allow for a slight breather. At four minutes, it’s by far the longest track, which allows for some eerie set up before things eventually launch into hyperspeed. A slightly more punk-ish vibe permeates by the end of the record, with “Take it Back” and “Welcome to Oblivion” being some highlights, along with the closer “Psykopaten.” This final cut being a cover of an Asta Kask song, there’s a slightly different feel to it but it fits quite well and ends things on a bright note.

Henry Kane doles out grinding punishment just the way that many fans of the style will appreciate. Age of the Idiot doesn’t go out of its way to be different, so much as just revel in smashing faces. No complaints here. 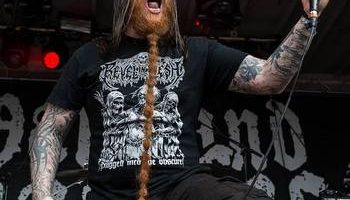