Finnish Epic Metallers WINTERSUN are currently touring North America supported by FLESHGOD APOCALYPSE, ARIS and STARKILL. The tour kicked off last week in Baltimore (Aug 6) and was followed by tremendous gigs in Philadelphia, two sold out shows in New York and Cambridge as well as their first headliner show in Canada on this run, in Toronto. Recently the band’s performances in Edmonton, Seattle and San Francisco were sold out as well.

“Our shows in Edmonton, Seattle and San Francisco were sold out and we wanted to thank everyone who came out on our North American headliner tour so far,“ commented the group. “Thanks for all your incredible support, it´s been an amazing experience and we will continue to give 120% every night for you, our fans!“

Latest ticket information can be found at this location.

WINTERSUN have also launched a VIP/Soundcheck contest where the band will be meeting two of their fans in each city and give them the chance to watch WINTERSUN doing their soundcheck, meet the band, take photos with them and receive a special VIP package with WINTERSUN merchandise items. Contest information can be found here. 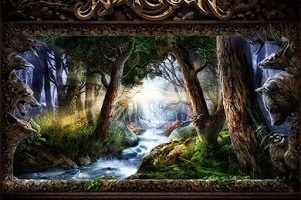