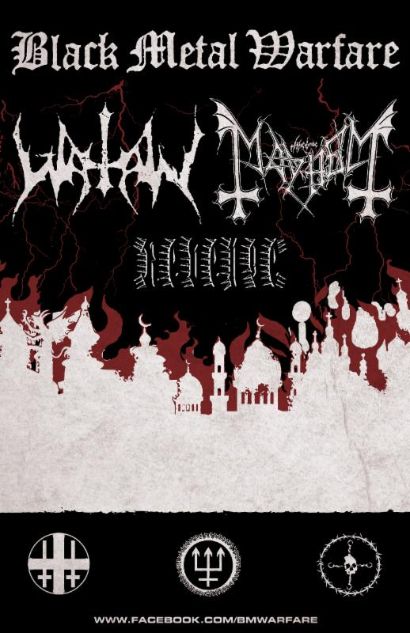 Swedish black metal tyrants WATAIN will be making their return to North American soil this winter, kicking off a co-headlining tour with MAYHEM in January. The trio’s last appearance in the US featured WATAIN’s infamous stage ceremony, which made headlines across the world for its blasphemous display of blood, fire, and death . On this upcoming tour, fans can expect another special performance that will surely shock the uninitiated once again.

WATAIN will be touring in support of their critically acclaimed fifth full-length, The Wild Hunt, which was released in 2013 via Century Media.

MAYHEM is touring in support of their new effort, Esoteric Warfare, which was released earlier in the year via Season of Mist.