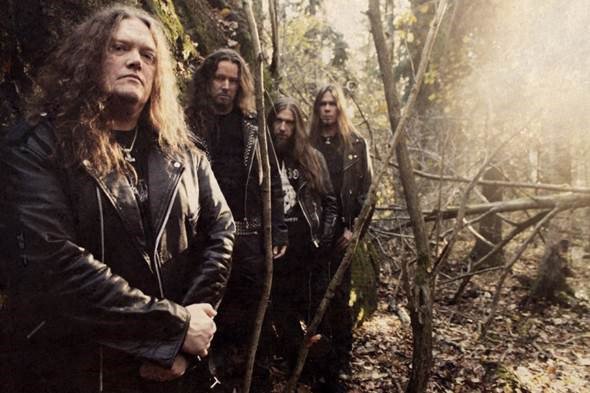 Venerable Swedish death metallers UNLEASHED have completed work on their twelfth full-length album for a spring release via Nuclear Blast. A press release states, “The title of the album is still a secret, but be prepared for another classic record!”

Comments UNLEASHED frontman Johnny Hedlund: “UNLEASHED are now done mastering and we now have the finished recording in our hands. Fredrik has once again done a tremendous job in the studio and I would say this is our best produced album to date. We are very much looking forward to the release date and to play some of the songs live.”

Hedlund previously said that the new CD “takes over exactly where Odalheim left off, both music- and story-wise.”