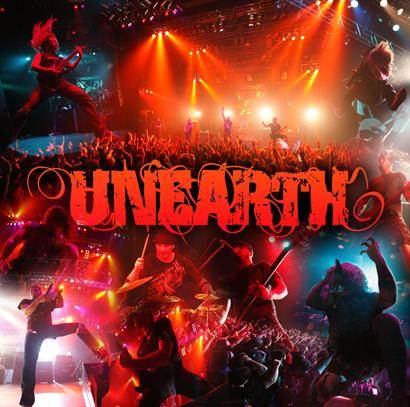 Massachusetts metalcore troupe UNEARTH have signed a North American record deal with eOne Music and European deal with Century Media. Plans are for the band to release a new full-length album later this year.

Comments UNEARTH vocalist Trevor Phipps: “A new chapter has begun for UNEARTH as we have found a few new places to call home. By joining forces with eOne (North America), Century Media (Europe), Howling Bull (Japan) and 3Wise (Australia), we will have a more focused attack from some of the most well-known and respected labels in the world.

“We know this new beginning of sorts will bring bigger and better things for UNEARTH and our fans and we couldn’t be more excited for the future of all things UNEARTH.

“We are currently in the studio recording some of the most aggressive, anthemic and energized metal we have ever written and we look forward to unleashing it to you all when it is finished. Expect to hear more about our new album, release dates and future world wide touring plans later this summer.

“We also want to take this opportunity to thank Metal Blade Records for being our label home for almost a decade. In that time, we released four LPs and a double DVD, circled the globe playing heavy metal dozens of times and experienced some of the greatest moments of our collective lives. Metal Blade helped us along the path of our dream and we are eternally grateful. We start new label relationships today, but we will always consider ourselves part of the Metal Blade Records family.”

UNEARTH’s latest album Darkness In The Light was released in 2011.