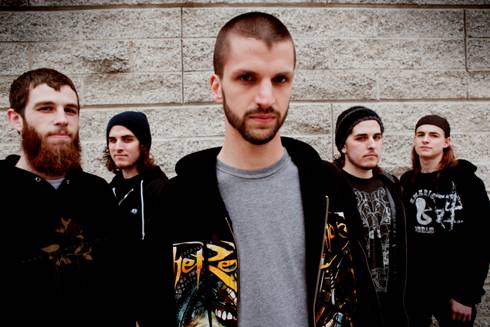 THE CONTORTIONIST have officially launched their search to replace frontman Jonathan Carpenter, who left the band last month. The band has uploaded two instrumental tracks here. They encourage applicants to complete a vocal demo of at least one, but preferably both songs (YouTube preferred) and send the link via email to thecontortionistsingersearch@gmail.com along with any other pertinent info. Other criteria needed are:

-Must be local to Indianapolis area or willing/able to travel/relocate.
-Must be 18+ years old
-Preferably able to play keyboards/synth in a live setting but not required.
-Preferably has some previous tour, songwriting, and studio experience.
-Must be free of any full time commitments (such as school or work) and ready to commit to the band FULL TIME starting June 1, 2013.
“We aren’t just looking for someone that can show off their skills as a musician,” says guitarist Cameron Maynard. “The band needs someone special that personally favors the traveling, and it should be in this person’s best interest to truly enjoy performing and working creatively day in and day out.”

The band’s most recent album is Intrinsic, which was released last year.