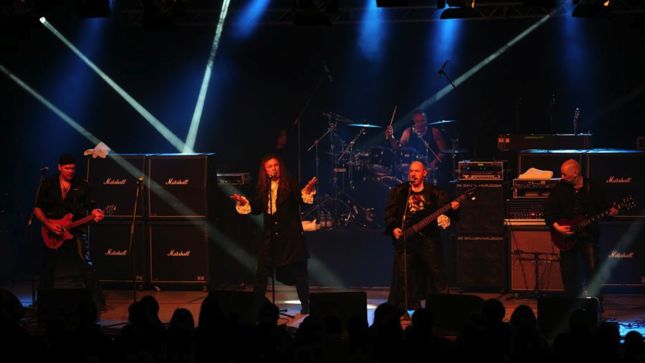 Gerstetten, Germany-based metallers, STORMWITCH, have signed with Massacre Records and are going to release their new album, Season Of The Witch, in early 2015.

The band was formed in the early 80’s and released its debut album, Walpurgis Night, in 1984. With the release of their fourth album, Beauty And The Beast in 1987, which featured the band’s first ballad, the fans soon referred to them as the masters of black romantic.

The band’s seventh album, Shogun, would be the last for the next few years since STORMWITCH decided to disband in 1996. In 2004, the band briefly returned and released the album Witchcraft, but split up again shortly after. In 2010, STORMWITCH were finally back again with a new lineup.

STORMWITCH were always known for their memorable live shows and played numerous club shows as well as festival gigs worldwide and toured with bands such as Killer and Krokus. Stay tuned for updates.