The Singularity (Phase 1 – Neohumanity) is the title of melodic death metal band SCAR SYMMETRY’s new album, set to be released on October 14 in North America and October 3 in Europe through Nuclear Blast. The album is the first part of a planned trilogy.

The cover artwork for The Singularity (Phase 1 – Neohumanity) was created by Mircea Gabriel Eftemie, who will be handling the artwork for the entire trilogy. 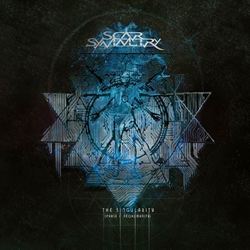