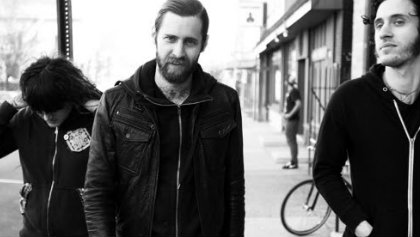 Atlanta, GA heavy Southern rockers ROYAL THUNDER have entered the studio to record their sophomore LP and follow-up to 2012’s debut, CVI. The band is once again tracking at Aria Recording Studio with producer Joey Jones in Marietta, GA and the album is expected to see a fall 2014 release via Relapse Records.

Vocalist / bassist MLny Parsonz had this to say about the process: “We meet again with our long time friend and producer Joey Jones at Aria Recording Studio in Marietta. We have no idea what this next album is going to sound like! We are anxious to see what the outcome will be. With that being said, we have NO agenda, NO formula, NO limits. This one is for the gods of rock! As always, thank you ALL for your support. See you on the road with these new songs! Until then, be well!”

The band spent all of 2013 on the road all over the globe including festival appearances at Bonnaroo and Roadburn plus high profile tours with label-mates BARONESS, MONSTER MAGNET, THE DILLINGER ESCAPE PLAN, PALLBEARER, and more.