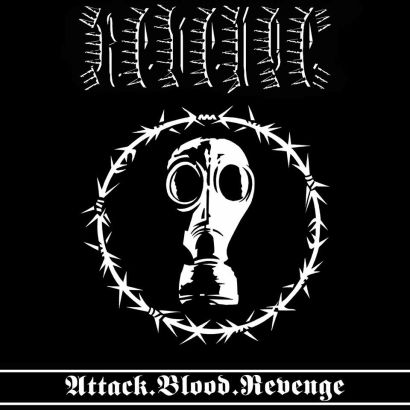 Season of Mist Records have announced the signing of Edmonton, Alberta-based death/black metallers REVENGE. Formed in 2000 by James Read (BLOOD REVOLT, ex-CONQUEROR), REVENGE has become one of the most respected bands in the worldwide black metal underground. Using militant imagery, and behind the force of savage live shows, the band has built a die-hard worldwide following amongst the extreme factions of of the black and death metal scenes.

Regarding the signing, Read released the following statement: “The line has been drawn. Choose your side.”

Among Revenge’s most talked about live appearances have been their performances as part of select festivals such as Maryland Deathfest, Nuclear War Now! Productions! Fest, touring alongside bands such as DEICIDE, AMON AMARTH, BEHEMOTH!, INQUISITION and more.