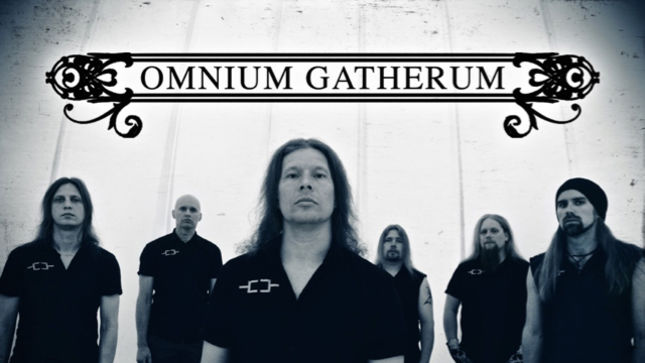 inland-based death metallers, Omnium Gatherum, will release their new album, Grey Heavens, on February 19th (Finland), February 26th (rest of Europe) via Lifeforce Records. The album will be available in North America via Century Media Records, in Japan via Avalon Marquee (February 17th), and in South Korea through Dope Records/Entertainment.

Jukka Pelkonen (vocals) comments: “The new album is wonderful and I must say I’m so proud of this latest achievement – It is definitely the best OG album yet. Of course it is always easy to say that but this time it is so true. It combines the history of OG in a way that once again brings something new and fresh to the table. Lyrically it also pushes the listener to a place which gives one really something to think about. The majesty which is the turbulence entangles with the mystery of silence and together they form life. That is what we experience each and every day. The album is a fast, catchy, melodic and brutal. What more one could want?”

Markus Vanhala (guitar): “I’m really proud of how the Grey Heavens album came to life (or death), even the previous Beyond album and tours set the bar and stakes sky-high. This album was maybe the most difficult album ever for me to do, boosted or anti-boosted with some life turbulence but all’s well that ends well! Some mixed emotions were captured and soul was bled into this music and it was made like there would be no tomorrow in sight. It’s all there, the sadness and the joy, the aggression & the tenderness and the frailty of a human mind. The album includes turbo loaded output, and again a bit more catchy and more aggressive song writing painted with all shades of grey, still in the sophisticated Omnium Gatherum way!”

Omnium Gatherum classify their style of playing as “Adult Oriented Death Metal”. Since forming the band, the six-piece sustainable evolved its view on what melodic death metal can be and is able to achieve. In this regard Grey Heavens goes beyond of what its precursors offered. Adult Oriented is paraphrasing the discreet, intelligent, and constructive songwriting Omnium Gatherum have deeply internalized.

The Scandinavians are best known for playing pure northern metal with breathtaking melodies and superior grace, while sticking to the heavy edge of the death metal, Omnium Gatherum once started with. Grey Heavens naturally follows the introduced path, and also expands the overall picture – once again. This album represents forward-thinking melodic metal with continuative hints reaching from prog to AOR. In other words: the Finns are acting without reservation to create an integrated heavy sound, which speaks through emotion and multilayered hymns. 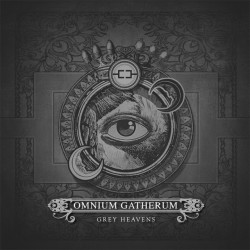