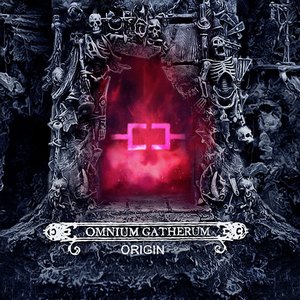 Perennial melodeath champions here at DR, Omnium Gatherum have been incredibly consistent for well over a decade at this point.  They understand how the genre works, and make some of the most gorgeous sounding melodies while continuing to slowly shift into a more ‘happy’ direction.  Even if they still can work in some gloomy Finnish bits with seamless ability.  Origin is just a gem to listen to, plain and simple.

Ever the lauded melodic death metal group, Omnium Gatherum always set a high bar for themselves with each new album.  Finding themselves in a position where they continue to increase the ‘happier’ moments while still keeping that atmospheric and occasionally downtrodden feel, their last few albums have been really chocked-full of melodies that stick embed themselves in your head and cast a mandatory smile.  Origin continues this trend, allowing for some incredibly memorable moments.

Origin doesn’t do much to twist the overall framework of Omnium Gatherum, but it doesn’t need to either.  They continue to explore some slightly different territory that’s firmly rooted in the genre, and continue to somehow up the ante for some grandiose and breathtaking melodies that will quickly grab your attention.  A strong release that shows them continuing to operate at the genre’s highest levels.