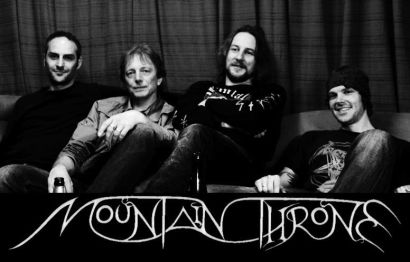 Germany’s MOUNTAIN THRONE will release their debut album, Stormcoven on December 6th via Cyclone Empire. The album was recorded and mixed by Magister Hubert at Darkland-Studios Heiningen, only the drums were recorded by Unholy Kral at Hammerbeat Resort.

Says the band: “Mountain Throne’s debut album Stormcoven will be hitting the shops on December 6th thanks to Cyclone Empire. It contains 8 songs for perfect vinyl symmetry but will be available on CD as well. This also marks the first ever cd-release of a Mountain Throne record. Even though the album is pretty diverse musically, it reflects our understanding of how real heavy metal should sound. That certain doomy edge sure remains as well.

“Some songs have already been part of our rare liveshows for some time; others are fresher, but both complement each other nicely on the album. As stated before, they are tales about life and death, women and men, man and beast. True and ancient heavy metal prevails!”

1. Spirits Of Fate
2. Stormcoven
3. Winter
4. Morningstar Iconoclast
5. Priestess Of The Old
6. On The Mountain Throne
7. Where Alchemy Thrived
8. Totem 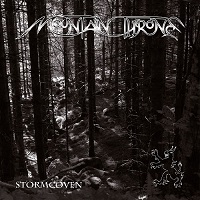