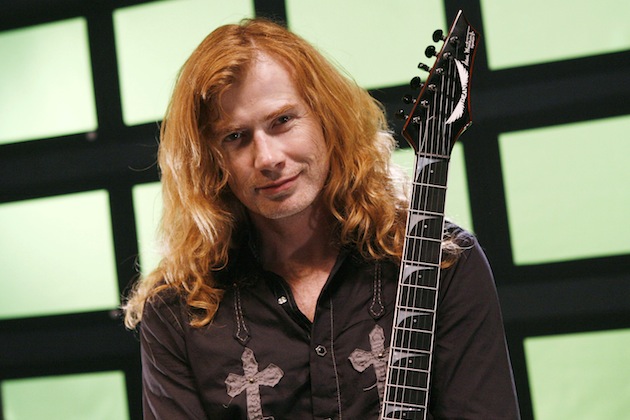 MEGADETH mainman Dave Mustaine will be a featured soloist with the San Diego Symphony this spring. The classical special concert, billed as “Symphony Interrupted,’ will take place at Copley Symphony Hall in San Diego, California on Saturday, April 12 at 8:00 p.m.

Tickets are on sale now at SanDiegoSymphony.org.

In this truly unique concert event, master guitarist Dave Mustaine of the thrash-metal pioneers MEGADETH brings his crunchy and energetic sensibility to the great works of classical music which have inspired him over the course of his Grammy-nominated, multi platinum-selling career. When Dave Mustaine performs the virtuosic “Summer” and “Winter” movements from Vivaldi’s “The Four Seasons”, and Bach’s classic “Air” on the G string, you will see a truly different side of “metal.”

The San Diego Symphony will then wow you in the second half of the program with Antonín Dvořák’s famous “New World Symphony”. Following Dvorak will be Richard Wagner’s “Ride of the Valkyries”, and who knows… someone might just feel inclined to walk back on stage to rejoin the members of the San Diego Symphony in an encore performance where heavy-metallic sparks are sure to fly!

Dave has confirmed that he and conductor Ken-David Masur are considering adding a solo over “Ride Of The Valkyries.”