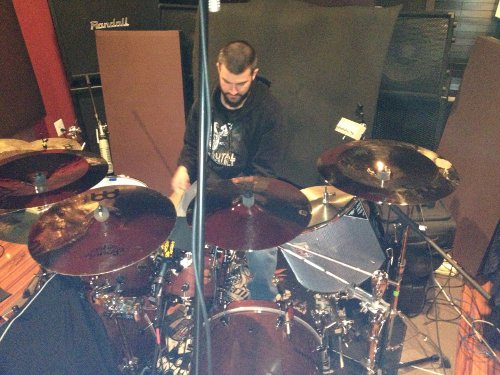 The band comments, “We just began recording our first record for Season of Mist. Adam (Jarvis) has started tracking drums with Scott Hull at his Visceral Sound Studios outside Washington DC. [After the drums are done] the rest of the album will be recorded at Wrightway Studios in Baltimore, by Steve Wright (DYING FETUS). We expect tracking to wrap up in early January and are looking at a spring 2014 release. It is shaping up to be our longest and most diverse effort to date. In the meantime, we will be posting studio updates and videos, as things unfold. Cheers and looking forward.”

Last February, MISERY INDEX released a new live album, titled Live Munich. Recorded entirely during a European tour, the album is now streaming here, and the LP can be purchased at the Season of Mist E-Shop.