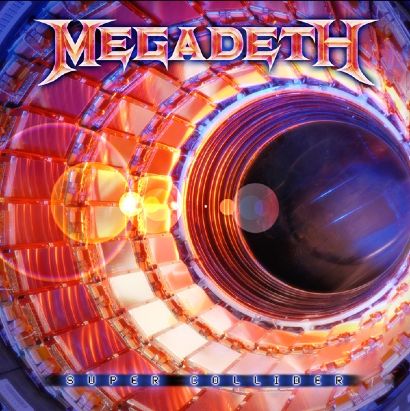 “Super Collider,” the title track from MEGADETH’s forthcoming coming 14th album will be released digitally on April 23 via iTunes. The album is scheduled for a June 4 release via Dave Mustaine’s new label, Tradecraft, which is distributed by Universal Music Enterprises (UMe). DISTURBED/DEVICE frontman David Drainman is rumored to have an appearance on the album. No word if Willie Nelson actually helped out.

A snippet of the song “Don’t Turn Your Back” can be streamed at MegadethGame.com.