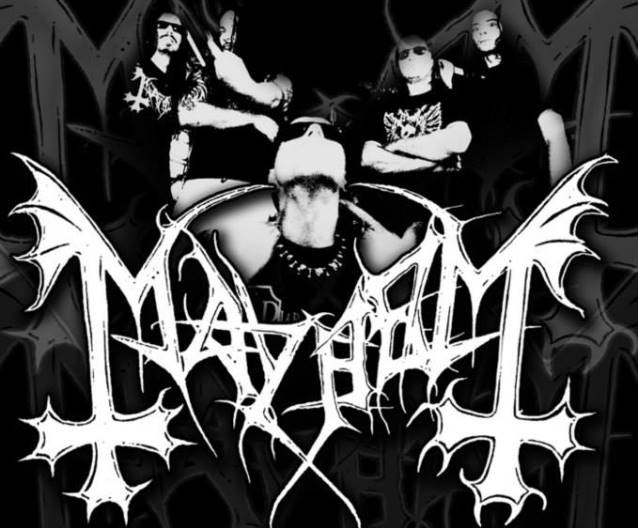 Norwegian black metal band MAYHEM are mixing their forthcoming album at Mølla Studio in Gjerstad, Norway and is slated for an early 2014 release.

Bassist Jørn “Necrobutcher” Stubberud shared the following about the new album with Total Rock Radio: “I think that we are not a traditional band in that matter, that we make an album every year and then do a tour with that. ‘Cause we don’t feel it’s necessary to do that — we do an album when we feel like doing an album. It’s true — all the guys have some other projects also; like Hellhammer [drummer] has ARCTURUS, Attila [Csihar, vocalist] has VOID OV VOICES and SUNN O))). It takes time to come up with some good stuff and we don’t wanna rush anything.”

MAYHEM’s latest release, Ordo Ad Chao entered the Norwegian album chart at position #12, the highest position for the band in their career thus far. MAYHEM was also honored in the “Metal” category at the 36th annual Spellemann awards for Ordo Ad Chao.