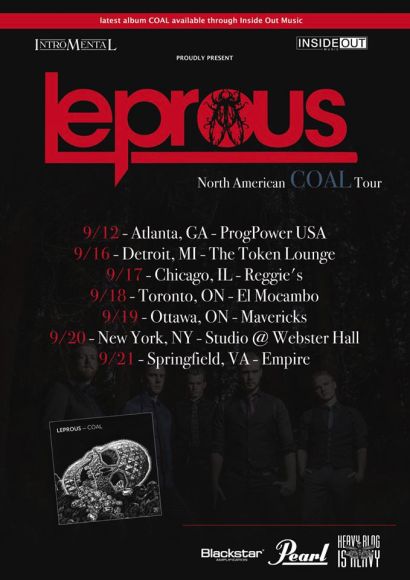 Leprous appeared only once before in America, when in 2010 they played a ProgPower pre-festival gig in Atlanta. The band members played the festival itself a year later as back-up band for Ihsahn (the solo excursion of Emperor’s guitarist/vocalist), a role they have fulfilled for nearly 10 years. This is Leprous’s first-ever multi-show trip through North America. They will be supporting their phenomenal Coal album, released in 2013 on InsideOut.