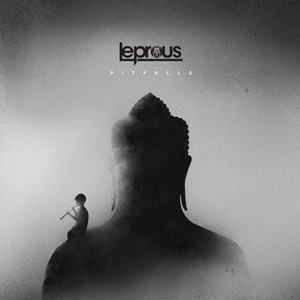 Norway has been a hotbed country not only for the black metal community during the 1990’s but blossomed into a healthy progressive rock/metal scene as well. Artists like Pagan’s Mind, Circus Maximus, and the current act under review Leprous receive massive praise in the international landscape, pushing their output to the level of solid festival billing/touring opportunities. Natural evolution to establishing individual parameters aids the appeal – musicians wanting to forge their own creative path in the hopes of sustaining themselves while building more interest and a following through subsequent releases. Because of this, it shouldn’t be surprising that Pitfalls could be another significant shift in Leprous developing their own sonic space in this world, exploring their desires in left field/outer realms that could polarize the fanbase.

Exploration can come from alternative influences, and that’s immediately the case on these nine tracks – angles of differentiation with orchestral enhancement or subtle shades of softer to groove-like passages that open vocal melodies and hooks for Leprous previously never heard. Be it funky and dramatic throughout opener “Below” on through to the jagged bass/drum stomp against a circular spaciousness of clean to heavy guitars for “At the Bottom”, its apparent that the band enjoy deeper attention to developing those grey crevices and squeezing out emotional connectivity that benefits the musician and listener equally. Whether it’s truly ‘metal’ at this point or more of a post-metal, alternative mish mash of ideas can be open for debate – but this scribe applauds the group for channeling their inherent love of different influences, because the results sometimes become mesmerizing with the outer universe guitar/vocal playfulness for “I Lose Hope” an early front half highlight. It’s not a record that grabs you with immediacy, instead it envelopes because of the diversity and proper honing for some innovative interplay between the vocal harmonies and music – check out “By My Throne” in the drum/bass and calmer keyboard parts that allow vocalist Einar Solberg to fill out all his cinematic dreams from low to high. By the time the epic 11:21 “The Sky Is Red” hits as the final track, the listener prepares for Leprous to deliver some frantic guitar activities, ethereal vocals entering and leaving the arrangement as time signature maneuvers sprinkle in and out to remind the faithful that progressive rock/metal will still be an integral roadmap that the band navigates through.

Pitfalls as the sixth Leprous album probably won’t gain the accolades that Bilateral or The Congregation achieved – but it could be viewed years down the line as an important marker for keeping the creative spirit full force and essential as to not rest on their laurels.