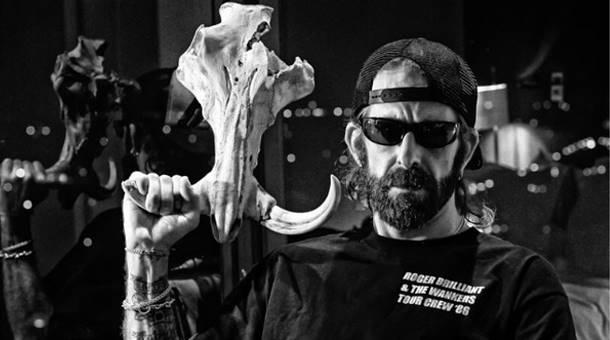 According to a post from Randy Blythe’s Instagram account, Virginia metallers LAMB OF GOD may be planning to take a long break from the road following the end of their current tour in support of their 2012 effort, Resolution.

LAMB OF GOD vocalist Randy Blythe writes via Instagram: “And so another album cycle comes to an end. This has been a very eventful, at times VERY STRESSFUL, album cycle, and it’s been about three years since we started on this one in our practice space.

“Tomorrow is a 19-hour flight back to the USA, and then another one home to [Richmond], and except for two festival shows in 2014, I will not be thinking about LAMB OF GOD, touring, playing heavy metal, writing new LAMB OF GOD material — NONE OF THAT STUFF AT ALL — for a good long while.”

The rest of Blythe’s post may be read here.

As filming reached its conclusion, the documentary was forced to take a major turn when Randy Blythe was arrested in the Czech Republic and charged with the murder of a fan in June 2012. Granted unique access to Blythe’s saga, Argott’s filming covered Blythe’s 38-day imprisonment in Prague, his release and the band’s return to live performances, and finally Blythe’s trial for murder in Prague in February 2013.