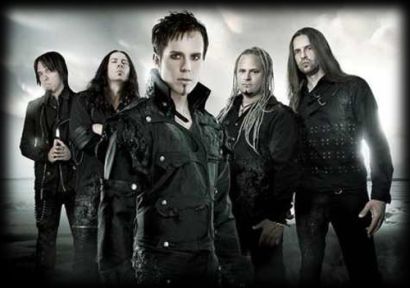 KAMELOT has released part two of their On The Road series in South America, this time covering Rio, Sao Paulo, and Belo Horizonte. The band is touring in support of their newest album, Silverthorn, which was released in 2012, and is the first to feature vocalist Tommy Karevik, who replaced Roy Kahn.

Canadian backing vocalist ALISSA WHITE-GLUZ (THE AGONIST) has checked in with the following update:

“Come hang out behind the scenes with Kamelot! Thank you so much to the amazing Kamelotians I have met over the past three years – Kam-fans are amazingly kind and dedicated! Any of you who have met us at the meet & greets know just how cool the KAMELOT guys are too! I’m a very lucky girl!”