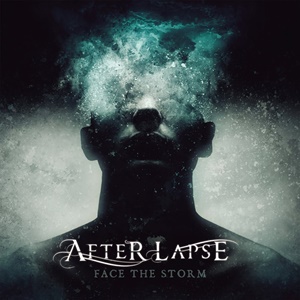 After Lapse is a Spanish progressive metal unit formed in 2018, with three members of the lineup already playing together in a previous outfit called Delyriüm. Taking a few years to round out the quintet now in place, they signed with Intromental Management as well as Frontiers Music, spending 2021 into 2022 developing material for this debut album Face the Storm. It’s easy to hear through successive passes that the band possess sophistication plus stellar musicianship skills across a broad set of influences, composing songs that are melodic, technically sound, as well as traversing power/progressive realms across the past and present movements of those genres.

The musical foundation can be muscular while energetic, guitarist Jorge Escudero and keyboardist Pablo Sancha filling the aural landscape with vibrant riffs, solid back and forth interplay, as well as tight transitional aspects that keep listeners anticipating where the arrangements will go. Virtuoso-oriented syncopation takes ahold in a Dream Theater/Symphony X way during “Come Undone”, where rhythm section work veers a bit into Latin-oriented percussive accents even with the double kick speed/fill work. The contrasts these musicians display allow them to expand horizons too – incorporating softer touches in a positive, uplifting manner a la Devin Townsend on standouts like “Beyond the End” and the title track. Two instrumentals appear – the opener “Thrive” a blockbuster progressive metal tour de force preparing the listener for the adventures that lay ahead, while the shorter “Heal” is more ambient in nature, a softer electronic drum loop serving as the mainframe for the layers of pianos/orchestration to sweep in for a cinematic breather. The versatile vocal delivery of Rubén Miranda tops off the proceedings nicely – he has powerhouse skills a la Russell Allen while tender touches if necessary like Roy Khan, pulling off the aggressive textures for a see-saw number like “Through This War” while being reserved in the poignant ballad “Along the Way” (featuring guest cello work from Alicia Avilés Valero).

Most ProgPower festival attendees in the USA or Europe will need After Lapse and Face the Storm in their collection. The sky is the limit based on the execution, songwriting, and playing skills present already in this band.