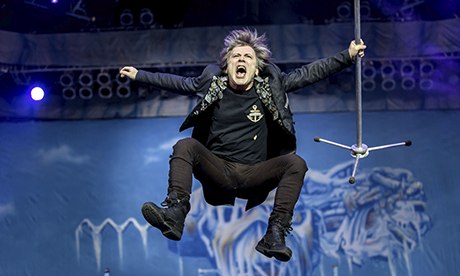 The Guardian is reporting IRON MAIDEN that in a report published on Friday by the London Stock Exchange, the group – formed in Leyton, east London in the 1970s – has been cited as one of the UK’s fastest growing music firms, helping to pull the UK from economic heart failure into recovery.

Iron Maiden LLP, the group’s holding company, is one of six music firms at the vanguard of the new music business, according to the report entitled 1,000 Companies to Inspire Britain.

The group has been ranked in the music category of the report alongside digital newcomers, such as app-creators Shazam whose musical pedigree is a little less tried and tested. Publishers Kobalt Music Group and the production music library Audio Network also made it into the list, albeit with fewer riffs and less impressive hair.