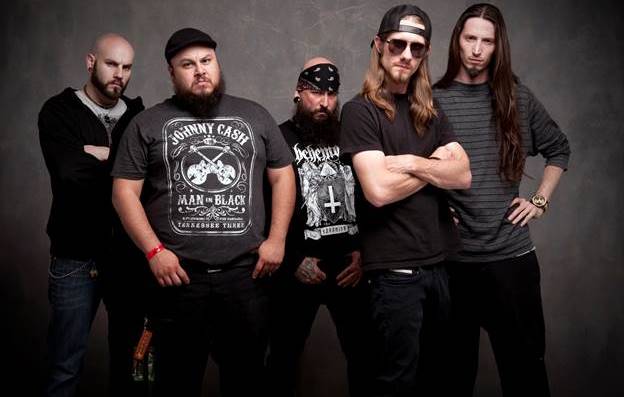 INCITE, the Phoenix, Arizona-based metal band fronted by Richie Cavalera — the stepson of SOULFLY/CAVALERA CONSPIRACY mainman Max Cavalera — will release a brand new album, titled Up In Hell, on September 2 via Minus Head Records. The CD was produced, recorded, mixed and mastered by Matt Hyde (DEFTONES, SLAYER, HATEBREED, PARKWAY DRIVE) at Hideaway Studios. Production assistance was provided by Thomas Bellier and Jon Nicholson of Drum Fetish is credited as drum technician on the album.

“We live ‘Up In Hell’ nowadays. The world is getting crazier all the time. Nothing seems like it’s getting better,” states Richie Cavalera. “I felt like the song and the title perfectly encapsulated these days. We’re all on our own, and we have to survive.”

Up In Hell track listing:

“INCITE was a blast to work with because they know who they are and what they want and most importantly, they have what it takes to get it,” states Hyde. “I love listening to the record we did because I love great riffs and this record has the kind of riffs I would love to be able to play, plus Richie kills it on every song. And, of course, Lennon is a fucking beast on drums, which makes him every producer’s best friend.”

With Up In Hell, the quintet unleashes a torrent of staggering grooves, thrashing riffs, and pummeling rhythms. Richie Cavalera adds that Matt Hyde’s attention to detail really made all the difference on “Up In Hell”. “It was like nothing before,” he said. “He really pushed all of us to get to that next level. The big thing involved performance. Matt paid attention to the smallest and most minute details. He went through everything from top-to-bottom. It meant a lot to us to work with someone who cares about our music as much as we do.”

INCITE will perform at the Marquee Theatre on August 15 for the 18th annual D-Low Memorial Show with SOULFLY, SACRED REICH, and more.

INCITE’s sophomore album, All Out War, was nominated in the “Best Metal/Hardcore” category at the 13th annual Independent Music Awards. The CD, which was released in November 2012, was recorded at Darth Mader Music in Hollywood, California with producer Logan Mader (GOJIRA, SOULFLY).

INCITE released its debut album, The Slaughter, in October 2009 via I Scream Records.

Richie Cavalera has made a number of guest appearances in the studio and on stage with both SOULFLY and CAVALERA CONSPIRACY. 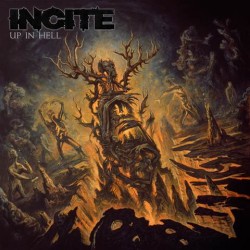 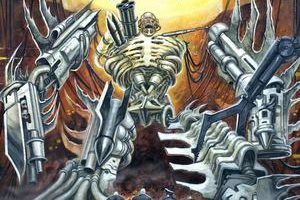 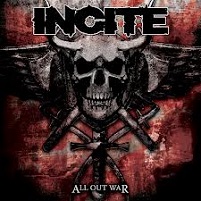