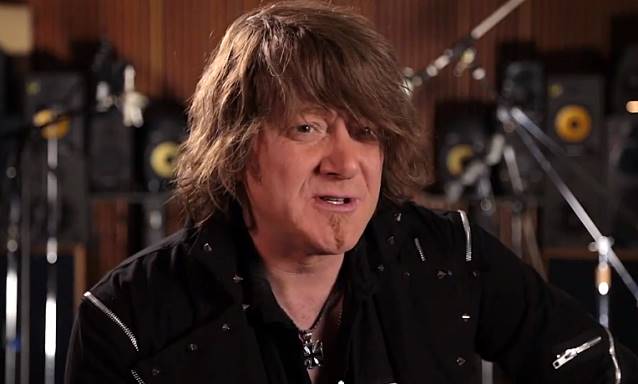 German power metallers GAMMA RAY will release their eleventh studio album, Empire Of The Undead, on CD, CD/DVD digipack, LP and digitally via earMusic on March 28.

The “Empire Of The Undead” title track was already been made available on the single/EP Master Of Confusion, an appetizer the band released in 2013, just before touring the world with HELLOWEEN.

GAMMA RAY will embark on the Empire Of The Undead tour in March, with special guests RHAPSODY OF FIRE.

The CD and DVD contained in the CD/DVD digipack will feature the following:

A new Empire Of The Undead trailer can be seen below.