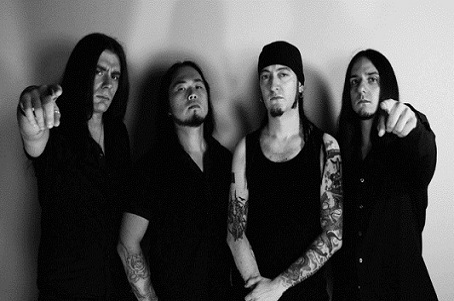 Blackened doom metallers FORGOTTEN TOMB will re-release their 2010 opus, Vol. 5 for the first time ever on vinyl August 27th through Agonia Records.

The entire album contains tracks stemming from a decade long of FORGOTTEN TOMB’s activity starting in 1999 to 2009. All included songs have been re-recorded during one studio session, and some of them come with alternative lyrics. The release will be available on a double vinyl in 2 versions: 1st limited to 77 copies on a double coloured vinyl (black and orange) with a woven logo patch (10cm x 5,8cm); 2nd limited to 250 copies on a double orange vinyl with black splatter.

Pre-orders can be made here.