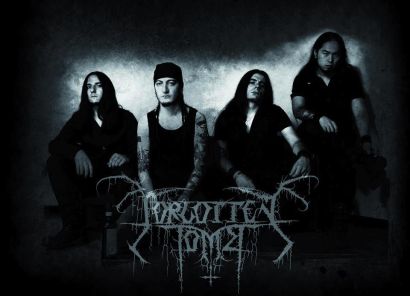 In order to reward the fans for their magnificent support, Italian pioneers of blackened doom metal, FORGOTTEN TOMB, recently released a free live album recorded during Kings Of Black Metal Festival in Germany in 2012. The audio has been professionally mixed and originally comes from Forgotten Tomb’s brand new DVD, Darkness In Stereo: Eine Symphonie Des Todes – Live In Germany, which additionally offers a full video of the above-mentioned concert, as well as excerpts filmed at: Under The Black Sun Festival and K17 Club in Berlin in 2012.

The DVD is available now, and the free audio album can be downloaded at Bandcamp.