DARK TRANQUILLITY: “Band Chemistry Is At An All-Time High” 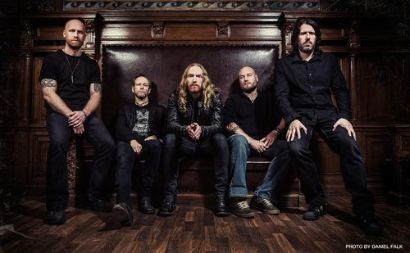 “As most of you know, we’re hard at work preparing the live set for the upcoming Construct touring cycle. Spirits are high and we’re confident that we have a lot of very special shows ahead of us. Those of you located on the North American continent will be pleased to know that we’ll announce some good news tomorrow.

On another note: Those of you who have seen us play this year might have noticed that we haven’t had a bass player on stage. Construct was written and recorded as a five-piece, and since the band chemistry is at an all-time high and we’ve never been the ones to shy away from new creative solutions, we wanted to try out playing with the bass on a backing track as opposed to bringing more flesh and blood to the fold. Much to our delight the results have been great, and we have decided for now to let the band be represented on stage by the five people who have spent a total of more than 100 years in the service of D.T.”

The band’s new album, Construct, was released in June via Century Media Records.