BULLET: “Storm Of Blades” Album Due In September 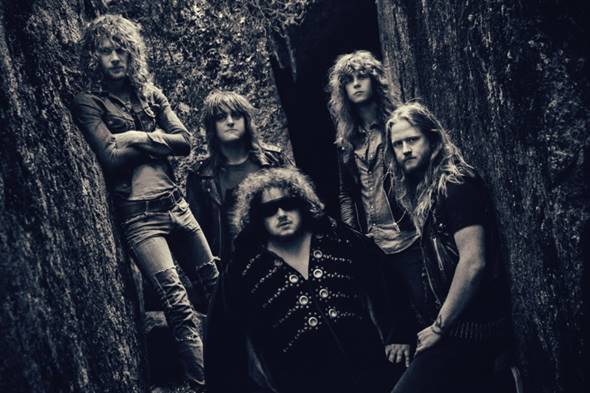 “This is a fast and heavy back-to-the-roots album,” the band comments. “A lot of the feeling, BULLET had in the beginning is there but with a up-to-date sound and craftsmanship. Now with the young blood Alex on the guitar, always thirsty for metal, the songs ended up just like that: Heavier, faster and more raw than on previous albums. We can now at last truthfully say; this is our best album this far and most likely the rawest since the ‘Heavy Metal Highway’ recording in 2002”

BULLET came up with the Storm Of Blades album title during a soundcheck before a show last year. “We wanted to make the toughest BULLET song ever and this riff popped up,” says the band. “The first impression was the image of knifes falling from the sky and the title Storm Of Blades was born. To make this song the title track of our new album became a must as it is a tale about destruction, apocalypse and horror!”

Storm Of Blades was recorded during December/January 2014 and April/May 2014 at the Pama Studio in Torsås, Sweden. It was produced by BULLET and Magnus “Mankan” Sedenberg.

Immediately after making several summer festival appearances and the album release, BULLET will hit the road again, with two well-chosen support bands. “STALLION and STRIKER will be our fellow hellraisers on the first leg, and this tour should not let a fan of heavy metal music down,” says BULLET. “We will raise hell, we will drink beer, we will bang our heads together and kill grunge… again! Prepare for the storm of blades!”