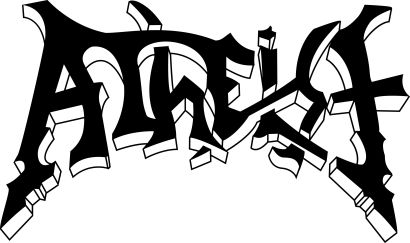 Florida based technical metal pioneers ATHEIST have confirmed they will be recording their fifth studio album during 2014 for a release slated in 2015. This album will mark the return of Tony Choy and his debut recording alongside founding members Kelly Shaefer and Steve Flynn.

Founding member Kelly Shaefer comments: “We are happy to report that the fifth Atheist LP is in the works, and the band could not be more excited about the possibilities… Tony Choy will join us this go around, and having the endless rhythmic possibilities will be amazing,”

Rounding out ATHEIST will be Chris Martin and Jason Holloway, both joined the band on the past tours and have also not been featured on an Atheist recording yet. Jason Suecof (Death Angel, Job For A Cowboy) has been tapped to record and mix the new album.

Shaefer comments: “We will be working with Jason Suecof on this record, he has such a vast wealth of knowledge of our history as well as our sound, and we were lucky to be able to have him mix ‘Jupiter’, but this time he will be involved in the recording as well as the mix so that will be beastly!! “

In 2014 Atheist also signed a worldwide management deal with New York based Extreme Management Group, Inc. They will be included on a roster that boasts some of the genres top acts such as Suffocation, Origin, Decrepit Birth, Cattle Decapitation, Cryptopsy and more.

The band commented on the signing: “We are also very excited to announce our signing with Extreme Management Group, Inc. This is a brand new venture for Atheist as we have never had management in our 25 year career, and EMG seems to be the perfect fit. We are inspired to set sail, and move forward in this the next, very important phase of the legacy, and integrity of the band, as well as this new album forthcoming. They have done great work with bands we are familiar with and friends with, and it is something we had never been afforded in the past to create new ventures for the band, as well as field the ones available to us now.”