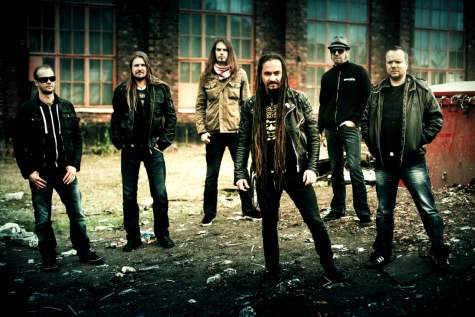 Finnish metal giants AMORPHIS have released the video for “Hopeless Days,” a track from their new Circle album. The video was directed by Patrick Ullaeus, who has previously directed videos for IN FLAMES, SOILWORK, and EVERGREY.

Circle is receiving its worldwide release today, April 19, and features the production duties of HYPOCRISY and PAIN mastermind Peter Tägtgren, who has previously worked with such bands as CHILDREN OF BODOM, CELTIC FROST, IMMORTAL and DIMMU BORGIR. The recordings took place at Petrax Studio (NIGHTWISH, CHILDREN OF BODOM, KORPIKLAANI) in Hollola and 5K Studios in Helsinki.

The album’s limited digibook version will come with a bonus DVD containing the following: