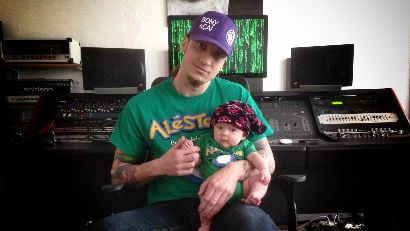 Scottish folk/power metallers ALESTORM will begin recording the follow-up to 2011’s Back Through Time. An update from the band reads:

“The time has come! Tomorrow we head to LSD Studio in Lübeck Germany, to record the 4th full-length ALESTORM album. The very talented Lasse Lammert (he’s the one in the red and black bandana) will once again be at the helm of the production…so expect more drunkenness, more piratical badassery, and more god-awful bonus cover songs than ever before!

The sun will set upon the golden age…”