We Are the Catalyst – Music without Boundaries 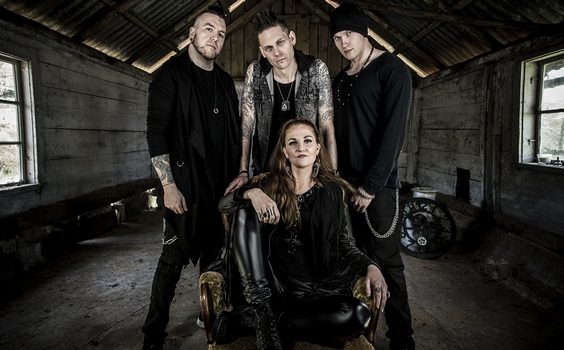 Forming in late 2012, We Are the Catalyst rose from the ashes of One Without in an attempt to craft a metal band without limits. Incorporating influences as they see fit, they’ve now put three full-length albums under their belt, including the soon to be released Ephemeral. Building up their fanbase with genuine passion and excitement for what they do, they went through PledgeMusic for said release, something that has brought about some ups (a very helpful anonymous donor) and downs (the current PledgeMusic controversy). But in regards to Ephemeral itself, it stands as a break-through moment for the hard-working act. Plenty of groove and heaviness for the modern metal crowd while providing in-roads for potential new fans outside the metal scene. We chatted with vocalist Cat Fey about all of these things, as well as lyrical inspirations and the challenges of attempting to raise both a family and a band.

Dead Rhetoric: Going way back, could you talk about the transition from One Without into We Are the Catalyst?

Cat Fey: We couldn’t go on with One Without because we were wandering in so many ways and we felt there were boundaries in that band. Kenny [Boufadene] and I didn’t like that, so we started We Are the Catalyst. It felt like total freedom in starting the band because we could do whatever we wanted to do. I think that’s something we tried to take with us with each new album. We don’t limit ourselves; we do what we like to do. If it doesn’t happen to be metal or rock, we go with it anyway. We do what we love, and if people also love it, that’s great!

Dead Rhetoric: So there’s no limits with We Are the Catalyst based on the way that you made the band.

Fey: I think we have always said that we are playing in the metal genre, but we have always had these pop and electro elements in it. From the beginning, I feel like we have sort of let the listeners know that we aren’t a ‘true metal’ band but will have elements from all kinds of genres.

Dead Rhetoric: What do you feel that We Are the Catalyst provides, from a musical perspective?

Fey: I hope that it is one of those bands that can take listeners from other genre listeners, such as pop, and be the road into metal music. I feel we have those kind of listeners, and it’s nice to see that we have some listeners that normally don’t listen to this kind of music but they can’t resist it because it’s so good [laughs].

Dead Rhetoric: Let’s talk about PledgeMusic – is there any hope of you getting your funding?

Fey: I read an official statement that they posted, where they said they would start paying out the money owed within 90 days. I hope that it is true. They have had these issues for quite a while, so I don’t know how much trust and hope I have with that. For us, it’s really sad to see the fans not getting what they have paid for. I really just hope they can solve this situation right now.

Dead Rhetoric: You are basically just sitting and waiting to ship things out right?

Fey: Yeah – we have everything ready but they aren’t sending us the money, so we are sitting here waiting.

Dead Rhetoric: On the brighter side, you also had a surprise anonymous donation that you received that ended up covering the rest of the crowdfunding campaign. What did it feel like to have someone step up and do that?

Fey: I don’t think I have totally come to terms with what happened yet [laughs]. It was really crazy. We were ready to admit that the pledge campaign wasn’t going to work out the way we wanted, even though we had people that had pledged. We didn’t reach our goal, so we had to say that it went to shit, but this wonderful person came in and said they could donate the rest of the money. We were like, “Are you serious? Is this a prank?” They said they could – they just wanted to see us succeed. I always get the chills when I talk about it – it’s amazing that someone could do that for another person. We are so thankful for that.

Dead Rhetoric: It tells you a lot about a portion of your fanbase, which is cool.

Fey: It totally does, yeah. With this new era where bands do much more themselves, without having a label backing them, to see this connection between the fans and the band is amazing. I really like it.

Dead Rhetoric: Is crowdfunding an avenue you would try again with obviously a different platform, or would you rather seek out a label if possible?

Fey: We really like the idea of crowdfunding, and unfortunately we are in this situation with PledgeMusic, but I don’t think it will stop us from doing it again. We just have to be super careful with what company we choose to make the pledge. But I think it’s a great idea. I really hope that PledgeMusic can solve this problem. I want to believe them when they say that they are on the bands’ side and want to help artists. It’s really a sad situation but I hope it will be resolved in the end.

Dead Rhetoric: You have already put out a number of really good, high-quality videos for Ephemeral. How crucial do you think those are to the success of the album?

Fey: We wanted to try a new strategy this time. We do everything by ourselves, so we have to set up these strategies by ourselves. We wanted to see if releasing a few singles and videos before the album would be a good idea to get the listener interested and wanting to hear the new album. I think we have received very good comments and such on the videos, so I’m really happy to do it. We love doing videos as well so it’s been fun to make them.

Dead Rhetoric: We started with a little bit of this but how do you feel Ephemeral compares to your other releases?

Fey: I don’t know if mature is the right word, but I feel like it is a more mature sound, in a way. We have continued with the sound we had before, but we have let it mature, like a good wine or something [laughs]. You can hear in the songs, sometimes they are more poppy and sometimes more true metal, and some are more electric – that is something that we will keep in the coming albums as well.

Dead Rhetoric: What do you look towards to get your lyrical inspiration?

Dead Rhetoric: You and Kenny have a family to tend to as well as We Are the Catalyst. What is required to balance those two things?

Fey: You have to be kind of insane I think [laughs]. It takes a lot of time to have a band and we do everything ourselves, so it takes a lot of time. You don’t just do it for fun. You have the feeling that it is something you have to do. Otherwise it would be hard to find the motivation if it’s not really there. Music for us is kind of like a disease in a way [laughs]. It’s there, and you are stuck with it, but it is lovely too. To create something and release it in the world and let people hear it, and get their reactions is magic. I don’t think I would recommend anyone getting married to someone that they are in a band with, and start a family [laughs]. It’s very hard work, but I am doing it and loving it. But it’s tough.

Dead Rhetoric: Where do you feel We Are the Catalyst is right now, as a band?

Fey: I think we are really happy with where we are at the moment. We have recorded three albums now by ourselves, and we have played a few tours. We are receiving wonderful comments every day from our listeners. We feel we are really on the right path, and we are just going to keep moving forward.

Dead Rhetoric: You have a UK tour soon, what else are you trying to accomplish in 2019?

Fey: We are also looking at other tours for the fall, and we are going to keep writing music and doing videos. We are never stopping – we are always moving forward. We are going to get Ephemeral out there, play more shows and write more music. That’s the plan. 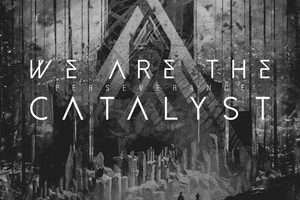 We Are the Catalyst – Perseverance (Self-Released) 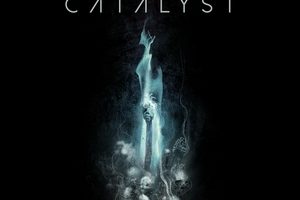 We Are the Catalyst – Ephemeral (Ferocity Records)