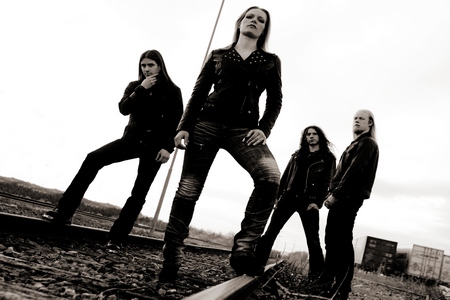 Given Norway’s healthy extreme metal scene that’s received mainstream media coverage, a lot of people forget that there has always been as equally a strong set of acts delivering heavy songs in a more melodic, power, or progressive style. Reach back into the discography of Artch and Conception and you’ll discover that these bands would be the springboard for other Norwegian musicians to believe they too could create original music, sign to international record deals, and perform/broaden their horizons into lands beyond Scandinavia and mainland Europe.

Power/progressive metal band Triosphere is another band from Trondheim that is gaining critical acclaim and passionate followers for their explosive, dynamic attack through their three studio albums, of which The Heart of the Matter is their latest (and possibly greatest). Grabbing the opportunity to seek out a conversation with bassist/vocalist Ida Haugland, her soft spoken, shy demeanor may sometimes be seen as anger in a live setting, but I think she really wants to make sure she connects to people before commanding any attention to herself.

Besides what we cover in terms of the band history, touring tips, and the fine show Lilyhammer (it’s on Netflix, two seasons, check it out), I learned about Ida’s fear for talking to former singer Angela Gossow of Arch Enemy while on tour together in 2009 (waiting ‘til mid-tour to say hello), fans often asking for bass tablature to their songs (sorry, folks… unless someone has it online, the band doesn’t) and her love of all eras Whitesnake. Thankfully the Skype internet connection aligned and here’s what we were able to discuss…

Dead Rhetoric: Tell us about the early development of Triosphere in the fall of 2004 – was it easy to find the right musicians to perform in the power/progressive metal style in Norway given its reputation for more extreme acts through the years?

Ida Haukland: No, there is quite a broad metal and hard rock environment in Norway too, so it’s not so difficult to find people that want to play hard rock and melodic forms of heavy metal. Of course it’s not easy to find the really good ones. The beginning of Triosphere in 2004- it started with myself and Marius (Silver Bergesen), the guitarist and composer, we were participating in a thrash metal project, we didn’t know each other but there was a drummer we both knew. We accidently ended up in this project together and I loved the way he played and he loved the way I sung- because I was only singing in this project. We started talking and exchanging a few ideas. Quite fast we understood that we had to start a band of our own together- that was just based on him having a couple of songs ready, I had another song ready, awesome stuff. I think we discussed a bit the general, practical things for a few days, and then I brought in a drummer Ørjan (Aare Jørgensen) who was with us until recently because I had been playing with him for several years in another band. It was just the three of us, an instant click both according to the music we wanted to play as well as the general chemistry, two weeks afterward we got together in the studio and recorded our first demo. It was really fascinating, the early clicking together in the very, very beginning.

Dead Rhetoric: Your first album Onwards came out on a smaller, domestic label FaceFront Records and Spiritual Beast for the Far East. What are your memories surrounding those recording sessions, and were you happy with the final product as you started to build a following?

Haukland: The recording session took a lot less time, if I dare say that. Everything went faster, maybe because we were becoming more thorough over the years. We did demos of all the songs and an EP before we recorded the album. There were long recording sessions, we kept on until we were happy with the results. Also, with the studio that mixed the album, it was carefully picked by us back then. We have evolved as musicians and as songwriters and individuals, so we feel Triosphere in 2014 is a much more mature version than 2004. At least sound-wise, and I feel that I am a much better singer today.

Dead Rhetoric: You admit in previous interviews that the second album The Road Less Travelled is more dynamic and less ‘full on’ than Onwards – is this a result of gelling better personally with the band members, as well as crafting material that is more suitable to the strengths and skills you can display?

Haukland: Definitely, absolutely. When we did Onwards, that album was recorded quite fast from the first time we met until it was on the shelves- at least here in Norway. From the process of Onwards until we recorded The Road Less Travelled we of course had much more time to grow together as a band, we spent more time touring and learning more about each other in a much broader and deeper way. Exactly as you say, learning each other’s strengths and weaknesses as well. Parallel as developing as songwriters. The Road Less Travelled is a huge step forward in dynamics, in crafting the songs in a clever way. Then again from The Road Less Travelled into the new album The Heart of the Matter we feel that this has continued on this development, taking the more full-throttle force of Onwards and merging it with the much more dynamic and epic sounds of the second record. Now finally we have landed on the ultimate sound for Triosphere relating to what we are good at and what we want the music to sound like.

Dead Rhetoric: The new album The Heart of the Matter is your third record – and for many bands their third record tends to be a benchmark or pinnacle moment in their career. Did this put any added pressure on yourselves, and where do you see the major differences and developments from your earlier recordings to now?

Haukland: Yes (laughs). First and foremost, on behalf of myself I felt the pressure growing as time went by. The Road Less Travelled received great reviews, and it was almost right from the start journalists would ask us ‘how are you going to top this, or manage to make a record that is better?’ So from a very early moment we were bombarded with these comments, but Marius he has been steadily making riffs, arranging the songs, and we were working together in rehearsal rooms as I would work in parallel with vocal lines. Keeping focus on making songs that are the way we want them to be, we love them the way they are, we aren’t try to create material based on what other people want. That is a strength in us – to put it a bit harsh, we don’t care what (other people) want us to make in terms of songs- we make the music that we want and hope that people will like it. It is such a privilege to get the nice reviews that we have gotten so far.

Dead Rhetoric: You have an amazing voice and sense of melody, a little bit more aggressive yet still smooth when necessary on standout tracks for the new record like “The Heart’s Dominion” and “Steal Away the Night”. Who are some of the vocalists that you admire – be it male or female, and are you consistently refining parts from conception to final recording stage, or do the melodies come to you naturally?

Haukland: I will answer the last part of your question first. It’s a combination of many things. Some of the melody lines come instantly when I listen to the music that Marius makes- some of them are completely isolated melodies when I may be out walking my dog or something. Others I sit and try to really listen to the song and listen to the melody, it’s a combination of the melody and lyrics that dictates how I express the vocal lines. I feel I have become much better at this from album to album- to express both the melody in context to the overall song and also the lyrics and the story in the lyrics. That’s the answer how the melodies are developed in short.

When it comes to inspirations, I’ve always been mainly inspired by the people I am playing with, but of course in the early beginning when I started to sing, I learned a lot of covers by Whitesnake, Dio, and lots of 80’s heavy rock bands. I have a big love for David Coverdale, Ronnie James Dio, and maybe more of the blue notes here and there, even though they may not be that apparent in my way of singing. And later on Richie Kotzen is a fantastic singer, I discovered him a few years ago – the passion that he has in his way of singing a song, telling a story, has been amazing and very inspiring. I wish I could express a song in that way. I’m sure it’s almost all good singers I hear are leaving traces of inspiration in my head. You try to do the best you can to do justice to the amazing music that Marius makes (laughs).

Dead Rhetoric: You’ve successfully avoided the trappings of being branded a “female-fronted” band, even though technically you are. Why do you think that is? Substance over style?

Haukland: Yes, that is a great way of saying it! Substance over style, definitely. I must say though I do not feel we have managed to avoid that label entirely. I’m very happy that you are pointing out that; it’s a label that frustrates me because it doesn’t say anything about the band. It’s like you say, the focus should be on the substance, the music, and forget about gender. It’s really correct that we have avoided that label for a bigger extent than I believe. Our music is in essence good music, and I don’t feel we should have to put it in a box that this is a female singing in that band.

Dead Rhetoric: Do you think this has come about due to the sheer number of female singers fronting gothic/symphonic oriented metal bands?

Haukland: There are undoubtedly very many bands with female singers are oriented around a more gothic, symphonic type sound. I still wouldn’t feel it’s fair to say female-fronted metal band though, at least that’s what I think myself. Which frustrates me even more when people say we are a female-fronted metal band. It would be really nice to believe that we are being acknowledged solely because of the sound we have, the music, and that we have achieved a sound that makes it unnecessary to point out that it’s a female singer. 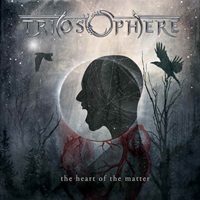 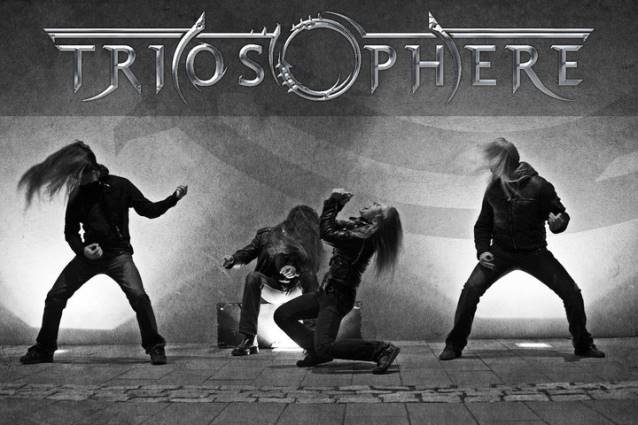