A summer getaway and a monstrous number of features coming out the pipes here at DR caused this August edition to end up a bit late and somewhat undercooked, with only 8 diverse albums to be featured this month. It also seemed like a good time to check out a few shorter releases, with many of the bands featured showcasing some interesting EPs. Nonetheless, they are all worth chasing down and seeking out, and September will see things back to the usual ten choice cuts. For now, check out Blizzard Hunter, Deceptionist, Elemental Nightmares, Implore, Liber Necris, Mega Beardo, Mute Ocean, and The Royal. 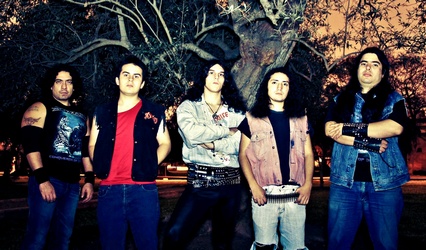 
With a feeling of ‘80s nostalgia, Blizzard Hunter provide an excellent throwback to NWOBHM with Conqueror of Destiny. “I’m On My Way” features a nice Maiden-esque gallop with some great hooks to match. “Ghost Rider” slows things down a bit and follows through with a memorable chorus, while the final track, “The Joke” pushes things towards speed metal territory and is sure to induce an old school circle pit. There are some scorching solos, and the vocals don’t shy away from some powerful, shrill falsetto heights. Only released on tape, this album seems to be begging for a vinyl release, especially with the wicked artwork. 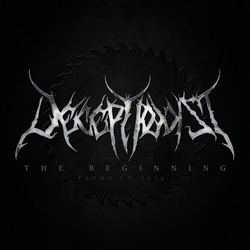 
Even though the description and FFO really tells it all, there’s no reason not to check out Deceptionist if you have any interest in Italian tech-death (a la the two bands mentioned). A very clear production rounds things out on this four-song demo, and its almost impossible to hear this and not think it will end up on a label such as Unique Leader. Quite professionally done, and everything clicks. Technical without being overkill and retaining a solid sense of melody, what else can you ask for with an album of this type?


The Eternal Nightmares project is a sequence of 4-way splits that are being released on vinyl. This is an assemblage of 28 up and coming bands contributing one song each to a series of 7 splits in total, that when you place them in order, create a large piece of art. This is the first in the series, featuring underground standouts Wildernessking and Oak Pantheon on the melodic black metal side of things, Kess’khtak bringing some fine death grind, and Liber Necris contributing some punishing death metal. The greatest thing about this is finding some new bands (Kess’khtak, Liber Necris) alongside the more established ones. This promises to be an excellent collaboration as more are released in the coming months, get in on it now! 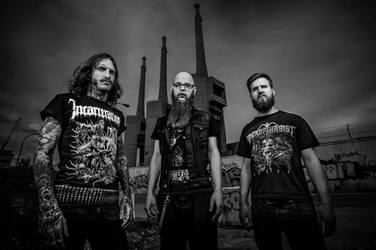 
Giving it that good ole Swedish crunch without moving towards the retro movement, Implore bring a frantic feel to their version of crusty death grind. Six songs in about 10 minutes should give you a good feel for what lies ahead in their approach. There are some hardcore influences here as well to keep things from feeling too familiar in their abrasive tone and the all-out grind and occasional groove (“Two Legged Damnation”). Chances are you’ll want to hit play again just to feel that adrenaline charge when Black Knell finishes its first play. 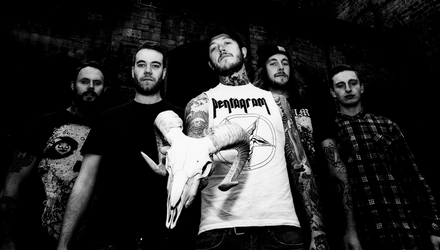 
After hearing the band’s contribution to the Elemental Nightmares compilation, it needed some further immediate investigation. The UK based band has aggression out in full force on Negative Creator with some certain influence from Anaal Nathrakh at times with some blackened riffing and controlled chaos. There is also a thrash aspect to the band that comes into play as well, providing some underling melodies that are sure to catch your ear amid the otherwise frenetic approach. The vocals also provide some variety, switching back and forth between equally punishing rasps and guttural roars. This band seems all but certain to be putting a mark on the larger death metal scene in the near future. 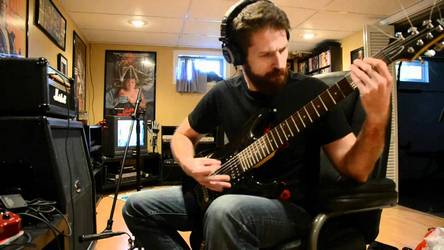 
For the nerdiest of us, 8-bit gaming always had a ‘metal’ edge to the midi songs that accompanied our youth. The most famous band to capture this sense would be Powerglove, but Mega Beardo’s Black Ice struck a chord upon hearing “World 666” (Super Mario 3) through Bandcamp’s discovery section. The EP is a collection of ice-themed levels (hence the name), and the black metal-themed variant on Super Mario 3’s ice level was something wicked. The other three tracks may not be as familiar to the less avid gamer (songs from The Goonies II, Snake Rattle ‘n’ Roll, and Sonic the Hedgehog 3), but still provide some compelling mood and riffage if you are unfamiliar with the game at hand. Also worth noting are some older albums that focus on Mega Man 2, The Legend of Zelda, and Castlevania. 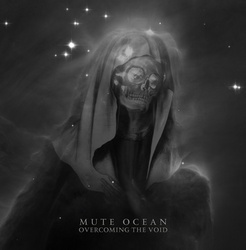 
Epitimia was a band that was also discovered through Bandcamp earlier this year that played some very avant-garde black metal with some saxophone added in. If you are expecting more of the same from this Mute Ocean side project, think again. This is more straight forward, bone-crushing black metal, and you won’t find much atmosphere until you reach “Wanderer.” However, some subtle melodies that are woven in will keep things from becoming an effort in monotony, without sacrificing the wicked sense of fury that “Escape the Earth” sets the tone with and things become a bit more atmospheric towards the end of the disc. 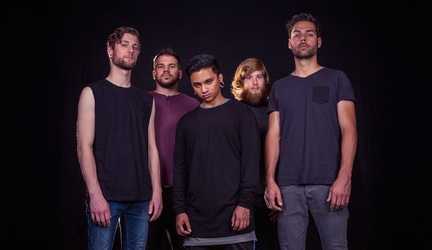 
Being saddled with the Christian metalcore tag tends to put one in a tight spot as a new band. It’s easy to get sucked into the crowd, and while The Royal might not deviate too far from the expected norm, Dreamcatchers is nonetheless compelling in the sense that this reviewer doesn’t usually “get into” many albums in this spectrum but listened to this one beginning to end repeatedly. Taking the synth-sense of bands like Born of Osiris but combine a more progressive side to it, not unlike a band such as Darkest Hour. You will find breakdowns here, but they tend to avoid the super cliché and repetitively obnoxious type. An intriguing addition to the metalcore palatte.