PureGrainAudio Does a 180 Into Mobile App World 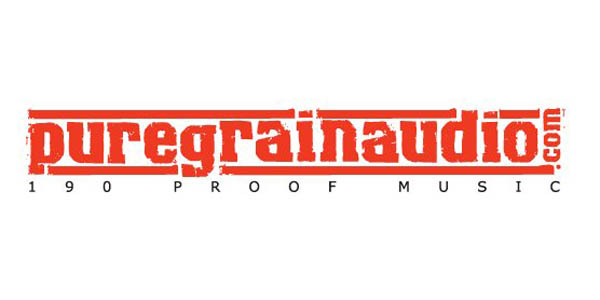 For a site that started as a “simple drunken idea” from Aaron Willshick and Chris Gonda, Canada’s PureGrainAudio has come a long way. More than just a regular reviews and interviews website, PureGrainAudio’s focus on new, streaming audio (hence the name) has helped reel in a steady throng of viewers, making it one of hard rock and metal’s better websites. Looking to expand its reach and further connect with its viewers, PureGrainAudio launched their own App this May. Available for all Android devices, the App will feature the site’s always-reliable array of News, Photos, Interviews and Reviews, along with all Audio and Video posted to the site. The App also features some of the site’s newer video content such as Metal or Not, Brutally Delicious, and Most Extreme. With the launch of the App now in full swing, we snagged Aaron Willschick for a round of questions…

Dead Rhetoric: The site has been around for more than a decade, which is quite the remarkable feat. Obviously, quite a bit has changed since the mid-’00s. What’s been the biggest challenge for PureGrainAudio in terms of keeping up with technology?

Willschick: PureGrainAudio started out as just a small hobby between myself and the CEO Chris in 2005 because we liked rock music. At the time I’m not sure we were thinking about how technology would come into play as the site grew. I think the biggest challenge has been keeping on top of how the web has changed over the years and how we could implement the latest developments into our site and not break the bank while doing it. A lot of the credit has to go to Chris and developer George Merlocco who have done a tremendous job of finding a way to always keep the site fresh and as modern as possible while not spending a fortune doing so. There was a time we didn’t even have video so to say we’ve come a long way would be an understatement!

Dead Rhetoric: Building a loyal readership throughout the years…how was it accomplished?

Willschick: I don’t think there is any one secret to building a loyal readership. It just takes a lot of hard work and dedication and as we got more focused, the attention started to come more consistently. The great thing about music is that it’s something that everyone loves so it’s not hard to make those links and connections with people. Right from the beginning we worked really hard at establishing solid relationships with others in the music industry and the harder we worked at that, the greater our readership became because we kept getting the word out more and more. We’ve created so many great relationships with people all over the world so I’d say that’s really the key to building a solid audience.

Dead Rhetoric: As for the App, where did the idea come from?

Willschick: The idea for the app really came from what we touched on earlier; the attempt to stay relevant in the face of evolving technology. Obviously the smartphone has changed the way we use the internet. Instead of going on Yahoo or Google for your news, weather, sports, etc, people can now find virtually all of this via apps on their phone. Observing this trend, or reality if you will, we thought it was the time for PureGrainAudio to get into the App world and become more than just a website. We also thought that that the site would work well as an app too because of how diversified our content is. We offer a lot more than news with a lot of video content such as our original video series so we also thought that all this would make for a really cool app that is also original in terms of other music apps currently out there.

Dead Rhetoric: Not many rock/metal sites have developed their own App. Do you feel like you’re venturing into unchartered territory?

Willschick: I wouldn’t maybe say unchartered, but I think it certainly does set us apart from a lot of the other hard rock/metal sites out there. I think a big part of what has kept this site going now for over 11 years is coming up with innovative ideas that aren’t that prevalent among our competition. The app is just another step in this direction. I think a lot of sites maybe don’t consider technology as much as they do content, but we have always made a large effort to stay ahead on both fronts. The internet is changing and so is the way people experience music so I think we’ve done well at identifying those changes and staying ahead of the game.

Dead Rhetoric: The site is regularly updated with content. Do you see the App as another way for people to be able to access it sooner?

Willschick: Absolutely. The site is updated 24 hours a day, seven days a week, 365 days a year so I think the app will help people access our content in an even easier fashion. When you update it so often, I think inevitably some things may slip through the cracks and not get as much attention as they could or should so I think the app may help highlight certain content that may not get the attention it deserves on the site. It’s also a lot easier to click on an app when you’re just using your phone for a few minutes rather than going to a website and then navigate through it so I think the app will present a whole new way of looking at our content.

Dead Rhetoric: What has been the most rewarding aspect of running PureGrainAudio the last 11 years?

Willschick: The most rewarding aspect has been seeing the growth the site has made from day one to today. I remember the first few weeks of the site back in 2005 where we were excited to be getting 40 hits in an entire week. That seems like so long ago now. The great thing about PureGrainAudio is that I don’t feel we’ve ever taken a step back; we’ve always been moving forward ever since the beginning. There have been some slow times in terms of progress and growth, but I feel like we’ve always been moving ahead and we’ve never gotten discouraged. I don’t think we’ve ever gone more than a day or two without working on our content and trying to make progress so it feels good to see things getting to the point now where we’re starting to really reach some large milestones like with this app.

Dead Rhetoric: On the flip-side, what’s the biggest obstacle the site regularly faces?

Willschick: The most regular obstacle is probably just keeping up with everything. We receive dozens of requests every day and it can be difficult to accommodate everyone. We are still a relatively small staff and as we have increased in popularity, we have started to receive a lot of attention and requests for coverage. We love helping out any band or artist, no matter how big or small, so it’s very hard for us to say no to people. We can’t really complain though as the attention we receive from those within and beyond the music industry is what keeps us moving forward.

Willschick: We have a lot in store for the rest of this year. The app is one of the high points of 2016 so we’ll be trying to push that as much as possible. We’ll likely have some new web video series coming up as well and hopefully before the year’s out, a totally revamped website that will help take PureGrainAudio to a whole new level. Even though it’s been eleven years, this year kind of feels like a new beginning for us. We can’t wait to see what’s in store and we can’t wait to share it with all our fans and those who love hard music as much as we do!