Sometime in early 2018 while I was still in Rhode Island and Rhode Island struggled to emerge from unceasing winter, I became introduced for the first time to The Metalhead Box. Several years before while in California I had tried a similar but thematically unrelated subscription box but while it was interesting enough as a one-off, it was too broad to hold my interest for more than a few months. I looked into the options at the time but as I figured I would be out of the state within a few months (and no idea where I would wind up beyond it) I decided to hold off.

After a year and a half of living in Virginia and encountering several ‘unboxing’ videos, I decided it was time to try it out and see what awaited me within. I have no interest in engaging in an unboxing video but this is an overview of what my initial box (December 2019) contained.

Upfront evaluation: fucking solid. For a slightly more elaborate evaluation and to kick off 2020, let us begin: 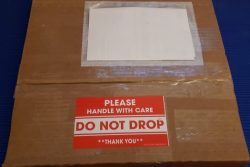 There is no mistaking a vinyl mailer for anything else. Given the variety of options The Metalhead Box offers for a potential subscriber to choose from and I opted with a format I’m most fond of: vinyl. Even within that there are multiple options to choose from and here I picked the single vinyl + tshirt box. The company additionally offers the subscriber the ability to choose a subgenre as their point of focus, including none at all for those that want a more generalized experience. Unsurprisingly, I chose black metal. Genre choice doesn’t dominate every item but instead colours the overall experience.

So let’s go over the contents: 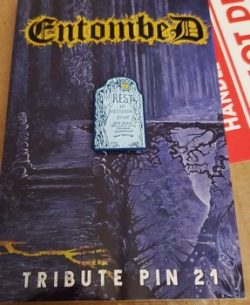 This is awesome. I’m not an owner of a battle vest (I don’t go to near enough shows anymore to justify it) but regardless of where it winds up, the mix of novelty and metal history here is fantastic. From what I have seen pins like this are a common component of the box each month and tend to emphasize landmark albums and musicians. More than a mere novelty item, this is the kind of thing that can keep me hooked for a long, long time. 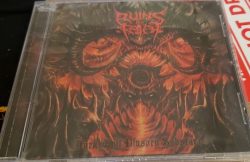 Though vinyl is the focus of my particular box there remains a CD within! Though unfamiliar with the band, the cover art is legit. A bit of research revealed that the band hails from Georgia (the country, not the state) and my initial listen put this firmly in the mid-aughts sound sphere. New exposures are always welcome. 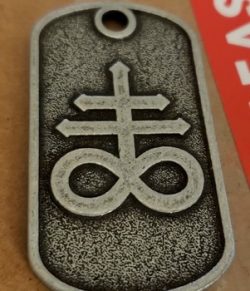 Though I’m no King Diamond diehard and I already have dogtags I have to maintain, this is a nice addition. From my understanding he’s a regular feature in a variety of ways within the Box and I appreciate the connection. 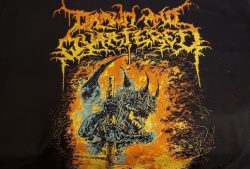 Most of my band shirts exist solely to be worn while running and this one is likely to be no exception. It will serve well in this role. 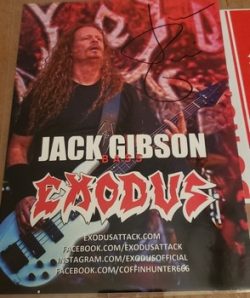 Another kind of item I understand to be a regular feature of the box: artist autographs. For those inclined to collecting and scrapbooking their collections (no shame in it!), this is a killer item. 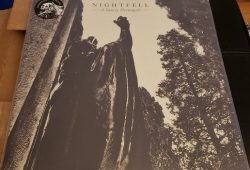 The centerpiece of the experience – the record. While I do not think my couple-hundred album collection warrants a significant fear of getting something I already have, there was still a degree of uncertainty as I worked through the box. Fortunately what I found waiting at the bottom was this stunner among many from 20 Buck Spin, one of the definite hero labels of 2019. This album, a hybridized and lovingly dark piece of work, will occupy my turntable a great deal while the dark weeks of winter continue to work by.

For an initial experience, colour me very impressed. The experience is worlds apart from the last box I tried (which was coffee-focused). Based on my time with this and what appears to be a generally very warm reception among others, I will be onboard for a while!