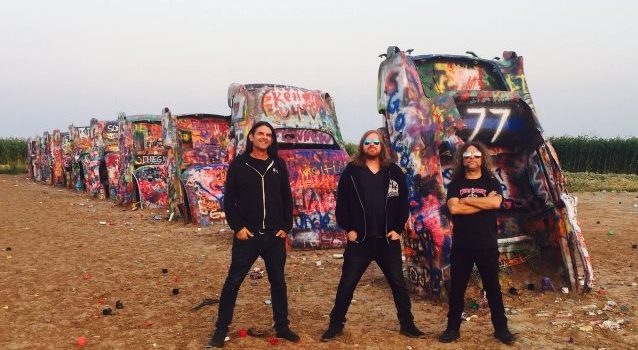 This year, like virtually every year in metal, brings forth a wide variety of releases from new and old bands. We typically uncover newer and lesser-known bands in Rapid Fires, our monthly short review column, shedding light on how deep the metal scene truly is. Up for debate this month is Atavistia, The Atomic Bitchwax (pictured), Axemaster, Azathoth Circle, Circle of Salt, Earthbound, Embrace the Dawn, Engulf, Evergrey, Heretic, Iron Griffin, Marginal, Norilsk, Souldrinker, and Stalker. 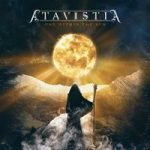 Atavistia – One Within the Sun (Self-Released)
Sometimes it’s crazy to see how far the ‘one-man act’ has evolved. One would never know it listening to the epic metal of Atavistia (the work of one Matt Sippola). Triumphant metal influenced by the likes of Wintersun, Ensiferum, and Dimmu Borgir, one can also hear some older In Flames or even Suidakra as well. Some breathtaking melodies in each of the tracks (pooling together some folk and death influences), and Sippola gives the lengthy tracks plenty of breathing room without ending up meandering. A real underground gem that deserves some more attention, particularly from the melodeath/folk community. – Kyle McGinn (Atavistia on Facebook) 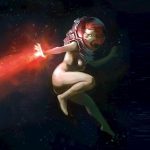 The Atomic Bitchwax – Force Field (Tee Pee)
Monster Magnet rhythm section Chris Kosnick and Bob Pantella continue to forge plenty of pure rock, unadulterated fury by way of The Atomic Bitchwax. It’s really everything you could want out of a rock band, topped off high-caliber musicianship, whether from Kosnick and Pantella, or guitarist Finn Ryan, who oftentimes proves himself to be Force Field’s most valuable player. And these songs get down with shred (“Hippie Speedball”), hooks (“Shell of a Man”) and the necessary psych flair (“Fried Dyed and Layin’ to the Side”). Just enjoyable, free-wheeling stuff. Impossible to knock, too. – David E. Gehlke (Atomic Bitchwax Facebook) 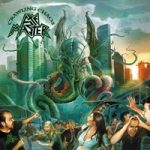 Axemaster – Crawling Chaos (Pure Steel Records)
Originating in the mid-80’s and quite active in the underground/fanzine/tape trading scene, Ohio’s Axemaster arrive at their fourth studio album in Crawling Chaos. Steeped in old school-oriented US power metal, even down to reverb-oriented background effects for the title cut, these songs aren’t going to win many people over outside of the 35-49 age demographic. Especially with lines like ‘even death may die’ or plodding riffs that take on a cutout bin texture, the drumming sitting in that semi-doom/power arena that deadens any energy from the vocals or guitar action. Re-recording “Death Before Dishonor” from 1988 doesn’t make the record any more valuable – it serves as a reminder that the band’s best days lie far away in the rear view mirror. – Matt Coe (Axemaster official website) 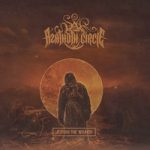 Azathoth Circle – Across the Wounds (Self-Released)
Though one may picture a black metal act when viewing the cover art, Azathoth Circle have a more modern feel overall. Embracing death metal’s brutality and combining it with more ‘alternative’ metal in its catchy structure, Across the Wounds does feel more unique than one may expect. Vocalist Alexandra has some solid cleans and powerful roars at her disposal, a perfect combination to match the often shifting sound of the music behind her. Sometimes brutal, sometimes blackened, sometimes atmospheric or melodic, and occasionally more modern sounding. There’s a good range of material here to keep the listener satisfied. It will be interesting to see their next progression. – Kyle McGinn (Azathoth Circle on Facebook) 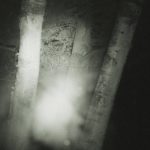 Circle of Salt – Suffer the Cold (Avantgarde)
Just a great album title; totally fitting if you’re going to lay out atmospheric, primitive black metal, which Montreal’s Circle of Salt are certainly capable of doing. The has two cuts, clocking in at nearly 39 minutes, so it’s a matter of jumping in on those elongated riff segments, the type that can make up an entire song as it strolls along. And certainly, there’s no lack of wintry insight, cold dynamics, the whole bit. Just an album to get lost in, really. – David E. Gehlke (Circle of Salt Bandcamp) 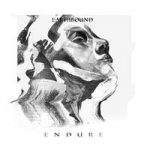 Earthbound – Endure (Self-Released)
A new entry into the melodic death/metalcore arena, Endure is UK-based Earthbound’s first effort. The music and hit all the marks from a sonic standpoint. Check out the rousing melodies in “Merrick’s Scourge” if you need some definitive proof. A little brutal but still catchy. The hybrid sound works well – this is modern material for sure, but it does a good job of making it feel fresh. One point of contention would be the clean vocals, which often have some ill-fitting hooks (“Mother’s Ruin”) and don’t feel like they are really fitting the music behind them. – Kyle McGinn (Earthbound on Facebook)

Embrace the Dawn – The Effigist (Self-Released)
Progressive death metal with a technical inclination is what Embrace the Dawn is all about on their first EP, The Effigist. The Aussies even enlisted in-demand drummer Kevin Talley to help with their debut. The music is about what you’d expect it to be – flowing progressive rhythms and sprawling technicality all have their place in the band’s repertoire. Despite the musicianship, the strongest part of the EP is that they don’t lose their heavier and aggressive side (see “Cerebral Sanitation”). Despite familiarity, it leaves enough of an impression to earmark them as an emerging act with some potential. – Kyle McGinn (Embrace the Dawn on Facebook) 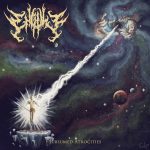 Engulf – Subsumed Atrocities (Everlasting Spew)
The first out of a series of three EPs exploring “topics of fantasy, space, comics and things that are bigger than any of us will ever be,” Engulf’s Subsumed Atrocities is a precise, rather a hearty take on technical death metal. Falling somewhere between Obsucra and early Decapitated, the two songs here are suitably throttling, elevated by a crystal-clear production job. But above all else, Engulf knows how to pile on those lavish, exhilarating tech-death riffs without a problem. It’s like they’ve been doing it for years. – David E. Gehlke (Engulf Facebook) 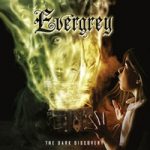 Evergrey – The Dark Discovery (AFM Records- reissue)
Originally hitting the streets in 1998, Sweden’s Evergrey have ascended to headline status worldwide for their progressive/power metal style that conveys deep emotional connection through heavier/lighter contrasts than their peers. It all started with this debut album The Dark Discovery – the almost death-oriented picking/atmosphere against haunting Tom Englund melodies for “December 26th”, the stutter-step riffing that penetrates “Trust and Betrayal” plus the emotional piano-led ballad “For Every Tear That Falls” (featuring Tom’s wife in a duet) illustrating the versatility right out of the gate. Embracing the ProgPower/internet culture has cemented their status in the metal community – be wise if you haven’t filled in all the holes for your Evergrey collection to make a spot for this one. – Matt Coe (Evergrey official website)

Heretic – A Game You Cannot Win (Dissonance)
Back at it since 2011, Los Angeles power thrashers Heretic had their 1988 Breaking Point album released by Metal Blade. Although the band never quite broke through, they remained on the periphery of cult status, paving the way for the eventual return, including the excellent From the Vault…Tortured and Broken compilation from 2013. A Game You Cannot Win is their latest collection of new tunes, combining the aforementioned thrash angle with melodic power metal. Of note is “Broken Hero” and “Before the Fall,” two ragged, but anthemic shards of classic metal. – David E. Gehlke (Heretic Facebook) 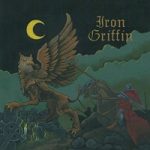 Iron Griffin – Iron Griffin (Gates of Hell Records)
A solo side project for drummer Oscar Räsänen of Mausoleum Gate, Iron Griffin works off a classic heavy metal stance for this debut, self-titled EP. The intro gives off a strong Stranger Things/keyboard vibe, while the four main songs contain twin guitar licks and conventional, raw riffs/tempos that circle back to early 80’s atmosphere (complete with a rehearsal-like raw production). Oscar as a singer has that epic, mountain top delivery, making “Metal Conquest” and the Omen-esque “Lord Inquisitor” picks to click. At 18 minutes and change, the pluses outweigh the minuses (occasional screechiness in higher pitches) – leaving this scribe desiring more of that old-fashioned power hopefully in a full-length outing the next go around. – Matt Coe (Iron Griffin on Facebook)

Marginal – Total Destruction (Transcending Obscurity)
Belgian grinders Marginal, in their rather harsh, take-no-prisoners style, whip up the necessary concoction of quick, in-and-out cuts, laced with themes of disgust and hypocrisy. And grind doesn’t need to be complicated, as Marginal shows, utilizing a raw, brisk production job to blast their way through songs like “Ruination,” “Leech Invader” and album highlight, “Fucked Up Society.” If Marginal proves anything, it’s that it doesn’t matter where you’re from. Killer grindcore is killer is grindcore. – David E. Gehlke (Marginal Facebook) 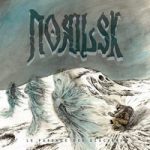 Norilsk – Le Passage des Glaciers (Hypnotic Dirge)
Coming off the heels of their strong debut, The Idea of North, those looking for some haunting and uniquely flavored death/doom may already have some knowledge of this Canadian act. Le Passage des Glaciers takes a more melodic and less sludgy approach than it’s predecessor, but still has all the gloom you can handle. The type of doom that can be reflective and absorbing, it may take a bit to grasp all of its intricacies, but you’ll be drawn into its icy and dirge-y atmosphere enough to stick with it. They also grasp the notion of picking up the pace once in a while (“La Voie des Morts”), which makes it feel like a more well-rounded affair. – Kyle McGinn (Norilsk on Facebook) 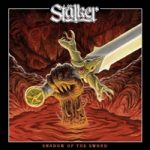 Stälker – Shadow of the Sword (Napalm Records)
Another of the new purveyors in speed metal, Stälker come from New Zealand, quickly grabbing attention for their lightning quick riffs, blitzkrieg transitions, and shrieking vocals. Their debut demo Satanic Panic from last year sets the stage for this full-length Shadow of the Sword. More in that early Exciter vein than labelmates Evil Invaders, the Metallica-esque “The Mutilator” contains killer training squeals and this “Whiplash” heads down vibe, plus you can’t go wrong with call and response vocal parts that beg for audience engagement. The slower intro for “Path of Destruction” showcases more of the trio’s traditional nuances, but faster action and roaring vocals are the major force for the group in these ten tracks. Add in a rougher 80’s production sheen and Stälker are another of that new breed like Ranger, Skull Fist, and Evil Invaders that mince no words regarding their old school affinity and stance. – Matt Coe (Stälker on Facebook) 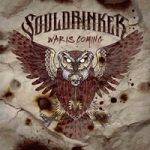 Souldrinker – War Is Coming (El Puerto Records)
A German act featuring Mystic Prophecy guitarist Markus Pohl, Souldrinker started in 2012 and have released two EP’s prior to this full-length. The quartet straddle that groove/melodic heavy metal platform, often throwing in double bass and power riffs in the Judas Priest-Painkiller mode against modern groove licks and tricks that have Pantera/Lamb of God nuances. The double-bass charging “Let the King Bleed” and straightforward stomper “Like Rain…” contain the right melody/hook ratios on the vocal and musical fronts to gain attention- and Iris Bonata possesses that high register vocally to be the feminine R.D. Liapakis. Bluesy in spots, Markus shreds in his lead parts while remaining tasteful – Souldrinker aiming for the metal jugular and hitting the mark sufficiently. – Matt Coe (Souldrinker official website)