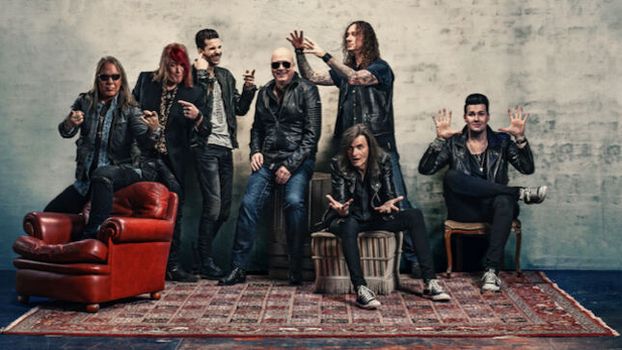 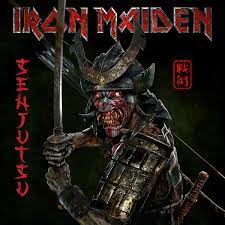 Biggest Surprise of the Year: Iron Maiden – Senjutsu (BMG)
You always hope for the best when it comes to legacy acts releasing material in 2021 that started recording demos during the late 70’s. Iron Maiden issue their second consecutive double studio album for Senjutsu. Encompassing parameters from progressive rock to Old Wild West angles, a mixture of straight-ahead efforts and epics captured this scribe’s interest more than ever. Enough so that a couple of these tracks should continue to be in live setlists forward. 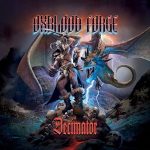 Best Cover Art: Oxblood Forge – Decimator (Self-Released) See larger image HERE
Remember the days when you would go to a record store, having not heard a note of music, and buy a record purely based on the cover? That’s the ultimate appeal here for this Massachusetts doom-laden, traditional heavy metal band for Decimator based on this visual alone. Perfect poster art for those who want to slay dragons and be a warrior for life.

Best Video of the Year: Beast in Black – ‘Moonlight Rendezvous’
Taking a page from the Blade Runner movie series, the band set themselves back in time for some cyberpunk/sci-fi angles in this entertaining clip. Matches the hooks and melodies to a tee, the keyboard passages infectious while the main groove, guitar riffs and chorus settle into your brain forever. Hopefully the band can finally play North American shores in 2022 to gain even more of a foothold with their brand of power metal. 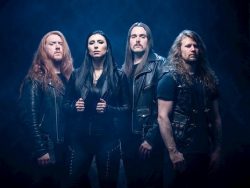 Best Live Concert of the Year: Unleash the Archers / Aether Realm / Seven Kingdoms – 9/7/21 Alchemy, Providence, RI
After a year and a half break from live shows, to say this tour was ‘highly anticipated’ is an understatement. The only New England date meant a sold-out, packed like sardines’ audience took in these three bands – a diverse mix of power metal, melodic death with folk tinges, and more of a modern power metal punch that lived up to expectations – and exceeded them. UtA deserve their headlining status for their consistent discography, versatility, and professionalism in terms of energy and execution. Genuine passion and enthusiasm traded from the musicians on stage back to the audience – one for the ages and hopefully a reminder to never take live gigs for granted in any capacity any time soon.

Most Anticipated Album of 2022: Saxon
When you want to look at legends in the traditional metal scene, Saxon has been very reliable in their latest studio work probably since the mid 1990’s. Cranking out new material that packs a potent punch while keeping up with the times in modern production/recording techniques, the first quarter of 2022 will see the release of their twenty-third (!) studio record for Carpe Diem. Seize the day indeed!